At the end of the meeting “Recovered & Restored: EYE Filmmuseum – Divas and Colors in Silent Film” will be presented the book Fantasia of Colour in early Cinema (Amsterdam University Press), edited by Giovanna Fossati, Tom Gunning, Joshua Yumibe e Jonathon Rosen. In the interview underlying, Giovanna Fossati explains the start and production of this project.

The origin of coloured film is often linked with Technicolor, wherease most of people don’t know that the coloring techniques come from the early cinema. Fantasia of Colour in early Cinema is connected with this background, showing, with wonderful pictures, how much can be amazing the early cinema. Where come the idea from?

The idea of this book came from Tom Gunning’s childhood as he explains:
«My parents had a copy of a book published in 1934 called Movie Parade by the famous British film historian, Paul Rotha. […] Even before I could read, I looked at these images that sh»owed a moment from a film that most likely I had never seen (and many of which I still have not seen, some films having been lost in the meantime). However, their fragmentary and mysterious quality, appearing without a synopsis or explanation, always got me dreaming».
Since Tom Gunning and I first met at the Amsterdam workshop Disorderly Order: Colours in Silent Film, held at the Nederlands Filmmuseum (today EYE) in 1995, we kept discussing our mutual fascination for these films and their exceptional applied colors. In 2009 Tom Gunning discussed his idea for an illustrated book with images from color films from early cinema with Joshua Yumibe and me. Soon after that, Amsterdam University Press and EYE expressed their interest in publishing the book within the “Framing Film” series. In 2012, thanks to a number of generous grants, we could finally undertake the project. In the three years necessary to complete research and production, we have met several times at EYE in Amsterdam to view films (both restored prints in projection and original nitrate prints on viewing tables), select images, and discuss the topics to be covered, the selection criteria for selecting and organizing images, and the design of the book.

This book has been a truly collaborative effort from the start. Besides Tom Gunning, Joshua Yumibe and me, Jonathon Rosen soon joined the project. As a painter, illustrator and animator, Jonathon brought a very important and different perspective on the film images that we selected for the book. I believe that his perspective has greatly contributed to realize our ambition of reaching not only film researchers and archivists, but also visually curious readers. EYE Silent Film Curator, Elif Rongen-Kaynakçi, has been our invaluable guide into the riches of the collection from the start, and has compiled the book’s annotated filmography. Film researcher and nitrate expert Guy Edmonds is responsible for the impeccable high-resolution scans of the film frames that we selected from the hundreds of nitrate films we have viewed in the process, and thousands of film frames we had picked out in the process. Finally, the close collaboration between book designer Laura Lindgren and Jonathon Rosen has lead to the beautiful book that we can hold in our hands today.

We decided to focus on early cinema, films made before World War I, and its visual energy and color imagination. We discuss early films’ visual style, composition, color techniques and restoration practices in the essays, and leave the majority of the pages for a gallery of imaginary cinema, some 200 fantastic enlarged film frames that can be experienced in a manner that a moving projected film cannot allow. As pointed out in our “Guide to Using this Book” (p. 59), we arranged the images in a way that it would «trigger associations between them. Visual echoes, contrasts, changing formal patterns, even courses of action or bits of story link the images together — but hopefully in such a way that each reader can find his or her own trajectory or pathway through them. In order to avoid a sense of an over-extended series, we have grouped them into five chapters, each with a bit of coherence of theme and structure. The themes that guided these sections were: The Dream; The Fairytale; Metamorphosis; The Voyage; and a final, almost random section that we call Fancy. But there is no need for the reader to follow our open and improvisational leads».
Indeed, we hope that each reader will find his or her own way through the book.

As for the choice of enlarged high-resolution scans of single frames, in the book I argue that this presentation form addresses the current increasing demand for access to film heritage, as it is brought about by digital tools. Indeed, early color films can nowadays be found online and have been recently celebrated by Martin Scorsese’s Hugo. However, only film archivists and film scholars have the opportunity to spend time looking at still frames of these films. With this book we aimed at making this experience possible for everyone.

Finally, we hope that many more readers will agree with Martin Scorsese, who in the Foreword to the book writes: «I could gaze at the images in this book for hours. They are as fascinating as illuminated manuscripts or magic lantern slides. And each one, isolated from the greater whole of which it was originally a part, offers us a sublime miniature world in which a thousand and one stories are about to take place».

Was the theme of the film coloring discussed by other publishers? Could it be a kind of research project on which work in collaboration with other institutions out of EYE?

From being an almost forgotten chapter of film history, color in silent cinema has become in the last two decades a widely researched topic that has brought us a number of important scholarly publications. Since the 1995 Amsterdam workshop Disorderly Order: Colours in Silent Film, which brought together specialists from across a variety of disciplines to explore color in the silent cinema in a time when very little was known about this topic, much has been done in terms of research on, and restoration and presentation of, colored silent films. Just to name a few examples, Joshua Yumibe’s book Moving Color: Early Film, Mass Culture, Modernism (Rutgers University Press, 2012) explores color in silent film in great detail, Barbara Flueckinger’s database Timeline of Historical Film Colors showcases a great variety of examples from international archives, and the recent conference The Colour Fantastic. Chromatic Worlds of Silent Cinema (EYE, Amsterdam, 28-31 March 2015) brought together international specialists to share contemporary research on the topic from multiple disciplines, including archival restoration, color film technology, color theory, experimental film and intermediality.
Based on these recent projects and events and on the response we are receiving on our book, I expect that many more archival and editorial projects will take shape on this topic in the next few years.

“Framing Film” is a book series born in 2009 from a collaboration between EYE and Amsterdam University Press. What’s your mission and which are the topics argued as yet? Have you planned some new releases?

The book series “Framing Film” started in 2009 from a collaboration between EYE and Amsterdam University Press. Its focus is on theoretical and analytical studies in archival practices (i.e. collection, restoration, and exhibition). “Framing Film” aims at supporting those scholars and practitioners who are involved in archival research or work in film archives and museums, and those who are interested in gaining knowledge about film archival practice and related research. In line with the archival work and research carried out at EYE and within the community of film archivists and researchers at large, we have published books on the conservation and presentation of film, as well as of digital art, the practice of found footage, both in film and in art installations, and we will soon publish works on the film apparatus (from pre cinema to smart phones), and on the oeuvres of Dutch filmmakers Louis van Gasteren and Joris Ivens. 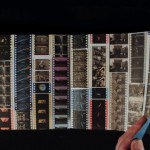 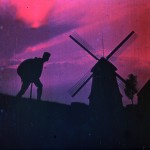