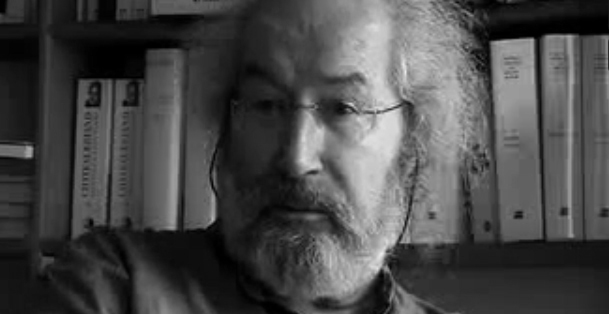 Lucien Logette has been a critic for the magazine Jeune Cinéma since 1979, of which he has been editor-in-chief since 1992. Curator for the Cité des Sciences et de l’Industrie de la Villette (Paris) from 1986 to 1992. He has been writing about film for La Quinzaine littéraire since 2005 and is a collaborator with the magazine 1895. He is responsible for entries on French directors in the Dictionnaire Larousse mondial du cinéma (2011). He is a collaborator with L’Encyclopédie des mouvements d’avant-garde du XXe siècle (2012) and since 2004 has been a member of the selection committee for the Cannes Festival an, from some years now, in the Jury of the Il Cinema Ritrovato DVD Awards.

This year as well you will be a juror for Il Cinema Ritrovato DVD Awards. In your perspective, what is the aim of this prize and what makes it important?

The aim of this prize is to reward the best audiovisual products published during the past year and representing what we may call, in absence of other terms, a « wise » edition. Wise because in most cases it is a definitive edition : a newly rediscovered, or restored, copy of a film, combined with documents completing this new discovery. Or several films by the same director brought back together in a relevant way, so that it is possible to deepen our knowledge about a specific director. These editions are the result of a long research and work of restoration done by film institutes or international archives, but also by non-institutional film publishers.

In France there is a collection, « La Pléiade », published by Gallimard, which represents the acme of what can be done on the presentation of a writer’s work, with drafts, variations and notes. Some of the box sets this year are true film « Pléiades ». To choose the best editions among them means to draw attention of cinephiles from all over the world on these products. The importance of the prize assigned is not monetary, but it is above all a true distinction : a Peter von Bagh Award is a certificate of interest and beauty without equals.

I select the winners following three main criteria : (1) the rarity of the film, (2) the restoration quality, (3) the interest and the wealth of extras. Criteria can be further sharpened, but in general these are the criteria that I consider decisive in my selection. As I said regarding the general quality of the titles submitted, a prize assigned to a publication selected among other publications with the same value prove that it is a nec plus ultra.

What do you think about the present and future of video-distribution specialized in classic films?

Comparing to the last century (and I am not talking about the VHS Era), progresses in research and restoration work on copies are amazing. The Blu-ray and the 4K were a (r)evolution. And you can find more and more frequently high-quality editions, which are not happy only with famous classic films, but explore less known areas. The trend was, until a few years ago, announcing the death of cinema. Cinema has never been more energic and productive. Since ten years ago we have been announcing the death of home-video editions. The year 2015, at least from what we can see, has never been so rich. It is sufficient to believe in the advent of the future…