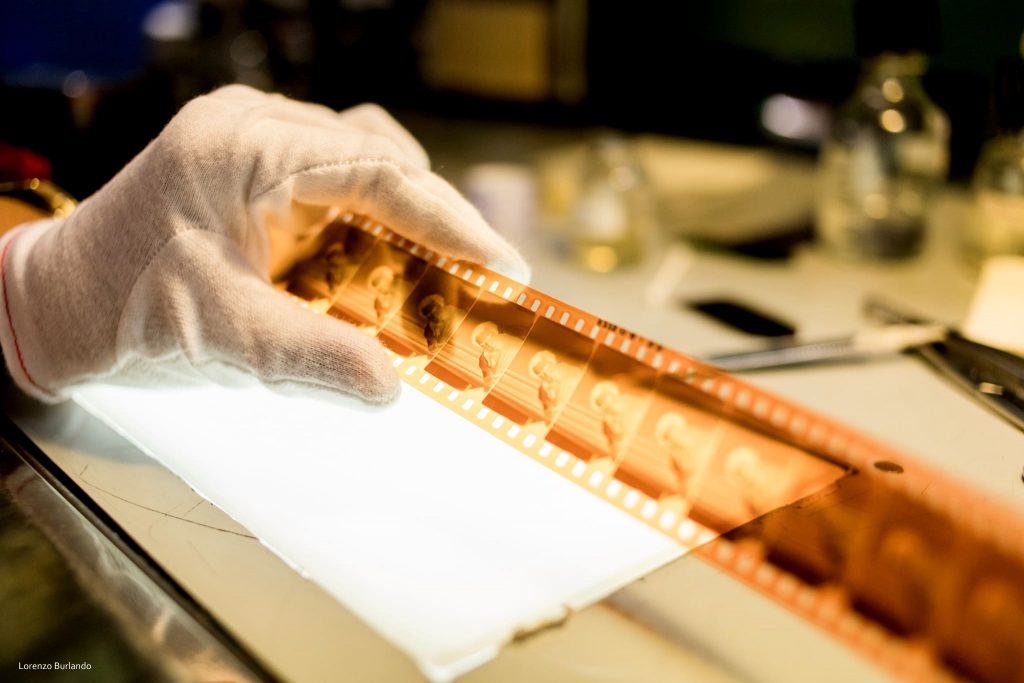 There is no way to learn the craft of a film restorer other than by apprenticeship, as no class at university level would reach this goal. For this reason, since 2007 Cineteca di Bologna – Fédératon Internationale des Archive du Film (FIAF) e Association des Cinémathèques Européennes (ACE) – has been promoting and hosting the FIAF Film Restoration Summer School, opening to the public its highly specialized state-of-the-art laboratory, L’Immagine Ritrovata, which has been working in the film restoration industry for over twenty-five years. In 2013 for the first time the FIAF Film Restoration Summer School project travelled from Bologna to the National Museum of Singapore, in 2015 to the Film Heritage Foundation in Mumbai, in 2017 to the Cinemateca y Archivo de la Imagen Nacional (CINAIN) in Buenos Aires, and in 2019 to UNAM (Universidad Nacional Autónoma de México) in Mexico City, to offer an alternative to film restoration training in other areas of the world.
The main purpose of this project is having selected participants experience hands-on the work of actual restoration professionals, to foster a shared knowledge in the field for current and future generations and world film archives. The training is conceived for an international target group, including archivists, staff working at FIAF archives and students. Theory and practical lessons will be held by an international panel of the best experts from different countries as well as L’Immagine Ritrovata and Cineteca di Bologna staff.

The deadline for submitting the application form is February 16th, 2020