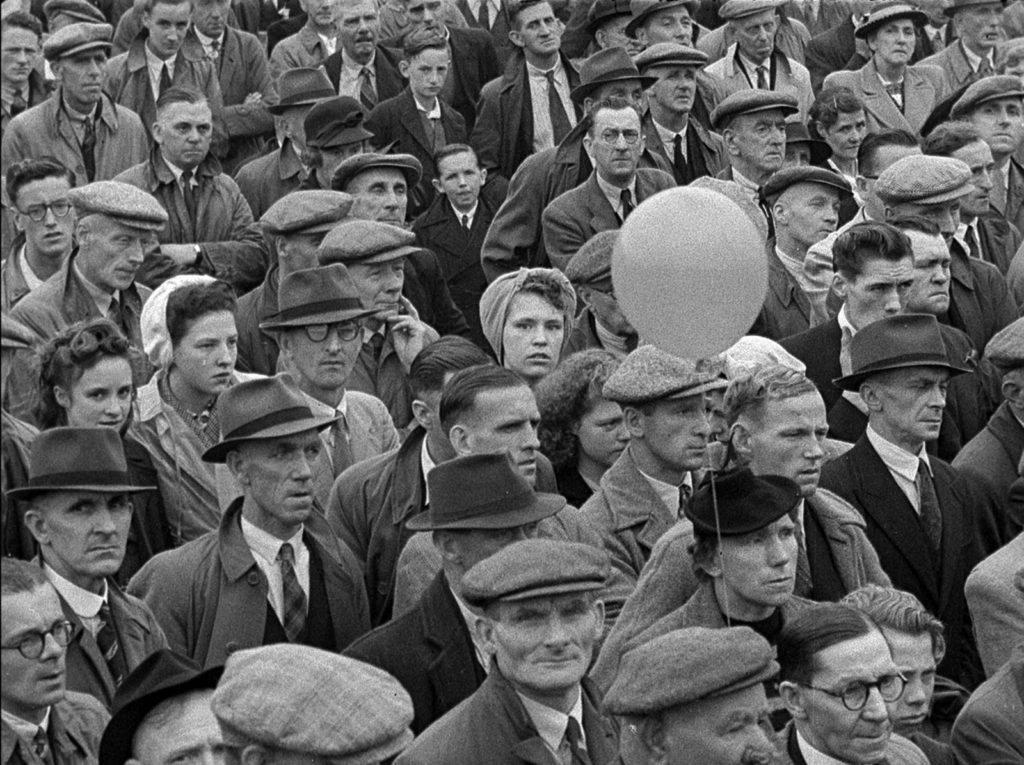 I met Bill Morrison in 1995, the day he showed up in the doorway of Fabrica, the new ‘school of communication’ that Oliviero Toscani wanted for Benetton and run by Godfrey Reggio. I had just started working there when it was still Tadao Ando’s construction site, located in a no-man’s land outside of Treviso, in the booming north-eastern Italy of the 1990s. Bill, a Chicago native, had studied painting at Cooper Union in New York – a public university – where his work with colour and canvas evolved into working with nitrate. Morrison’s approach to cinema developed from his training as a painter; Bill is fascinated with the corroding and decomposing emulsion of old flammable films, the amazing visual effects created by the stratification of chemical components of old archive footage on celluloid images. By applying his painting method, Morrison manipulates clips and outtakes of old films with a view camera composing experiments in form like visual symphonies, similar to musical compositions in structure and form.
When Bill arrived at Fabrica, he was almost thirty-years old and had a project for a new film he had won a scholarship during that (very) first year of the school. Bill’s work was solitary and mysterious. In a small dark room of Tadao Ando’s cold building, Bill worked with an old Steenbeck flatbed editor and view camera that he had shipped from an old lab that was closing. Benetton’s office boys would bring him round tin boxes with 35mm clips of old films from archives in the U.S. This was the context in which Bill worked on his first ‘narrative’ film, later titled The Film of Her. Every once in a while I’d peek in his room and was struck by the black and white images that Bill manipulated re-filming, re-framing and slowing them down, making them look like something else, transforming them into pure painterly action. I spoke to him about the work of two artists I consider great masters, Angela Ricci Lucchi and Yervant Gianikian. After a little over twenty years from our first meeting, it seems like the right time to pay tribute to the extraordinary work of this artist and film archeologist; Bill has made over thirty films, always using surprising archive materials and working with top musicians like Michael Gordon, Bill Frisell, Philip Glass, Steve Reich, Jóhann Jóhannsson, Kronos Quartet and Alex Somers.