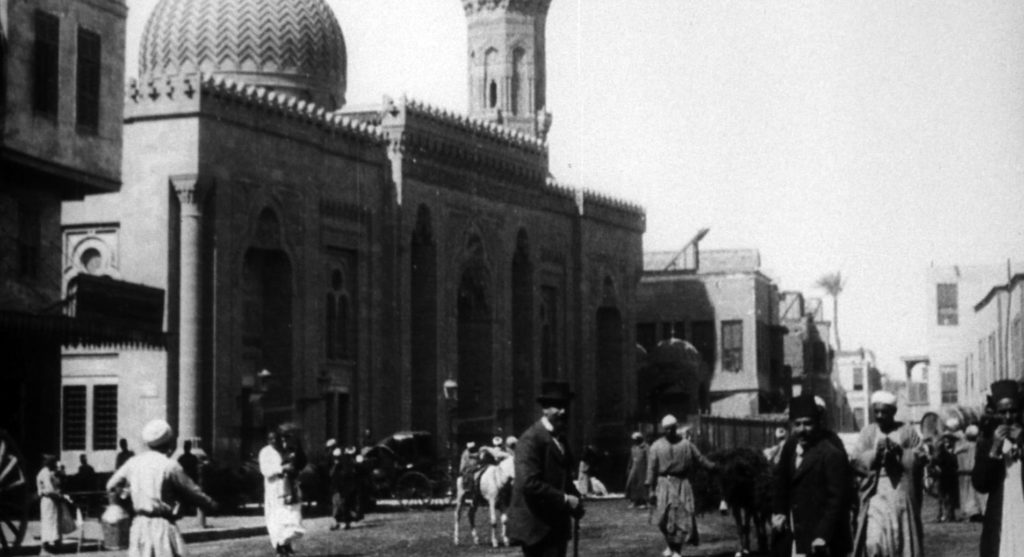 For all the other sections of this festival, putting together a program basically means making a selection of works to be screened. For this section, which presents films from 1897, things are very different. The main question here was how to organize a large number of films – about 140 titles – of an average length of less than a minute into programmes with different ways of connecting to a very remote production.
Production companies provide the underlying structure for ten out of twelve programmes, with three monographic programmes dedicated to Star Film (Méliès), Joly-Normandin and The American and British Mutoscope Company. In the case of Joly-Normandin, we have the great fortune of seeing something truly rare, an original programme as screened in 1897.
Films produced by the Lumière brothers make up seven programmes. Four of them are geographical – Italy because Bologna is in Italy, Japan because Constant Girel spent the year in Japan, Egypt and Palestine because Alexandre Promio travelled from Egypt to Constantinople. In the 1960s, Paul Génard, a collector crucial to the transmission of a part of the Lumière patrimony, edited the Promio travelogues into two coherent sets, producing a full immersion effect. At one of our lectures, Promio’s Egypt travelogues will be reviewed as an example of ciné-orientalism, and film history will be revisited with Africa as a point of departure in the programme Menimals: Filming ‘Ashantis’ in Lyon.
Promio was without a doubt the most important filmmaker of the year 1897; he made countless films in a great variety of genres: travelogues, actualités (he also worked for the Champagne producer Mercier, and this seems to have given him privileged access to royal families), tableaux vivants, military exercises and panoramas, that is, films taken from a moving train or boat. Panoramas are at the core of two programs that simply allow films to be pure visual events in the present and not documents of history. The Diamond Jubilee was an event in the past thought to be so historical that everybody went to film it, turning it into a media event. The section ends with a thick description of a single vue (incidentally from 1896).