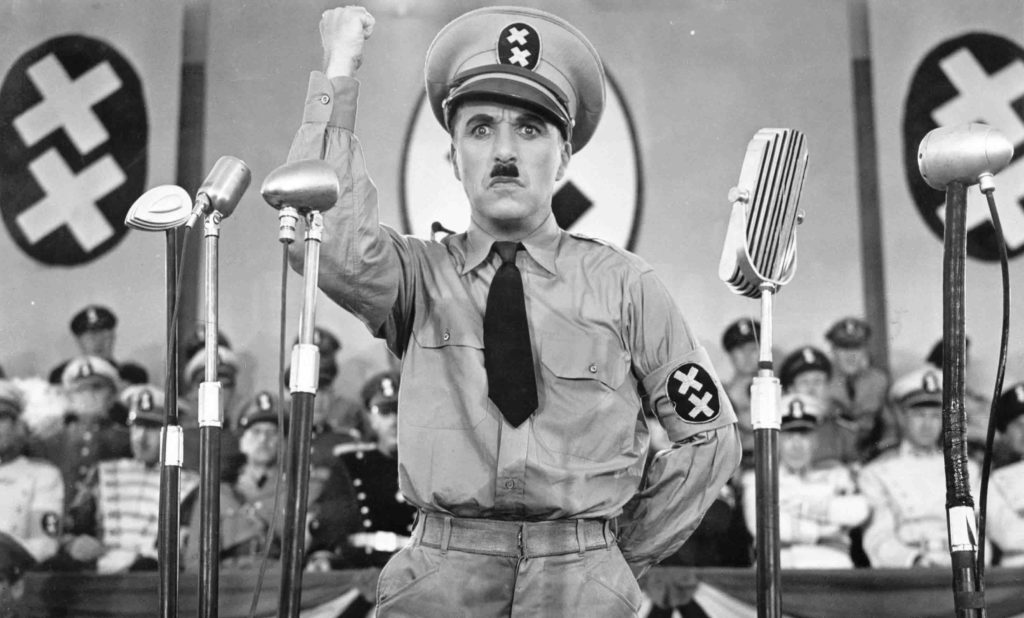 Brexit Goes to the Movies

“There is a poignancy in seeing Chaplin’s face on the silver screen at Piazza Maggiore. Chaplin’s greatest skill was his ability to appeal to global audiences; his films tap in to universal humanity and sentiment. […] Chaplin used silent film to explore universal themes, and he struggled to work out how best to use his voice after the introduction of sync sound in cinema. In 1940 he could no longer keep silent; and with his phenomenal first speech, in The Great Dictator, Chaplin urges us: ‘Let us fight to free the world! To do away with national barriers! To do away with greed, with hate and intolerance! Let us fight for a world of reason, a world where science and progress will lead to all men’s happiness. Soldiers, in the name of democracy, let us all unite!’ “