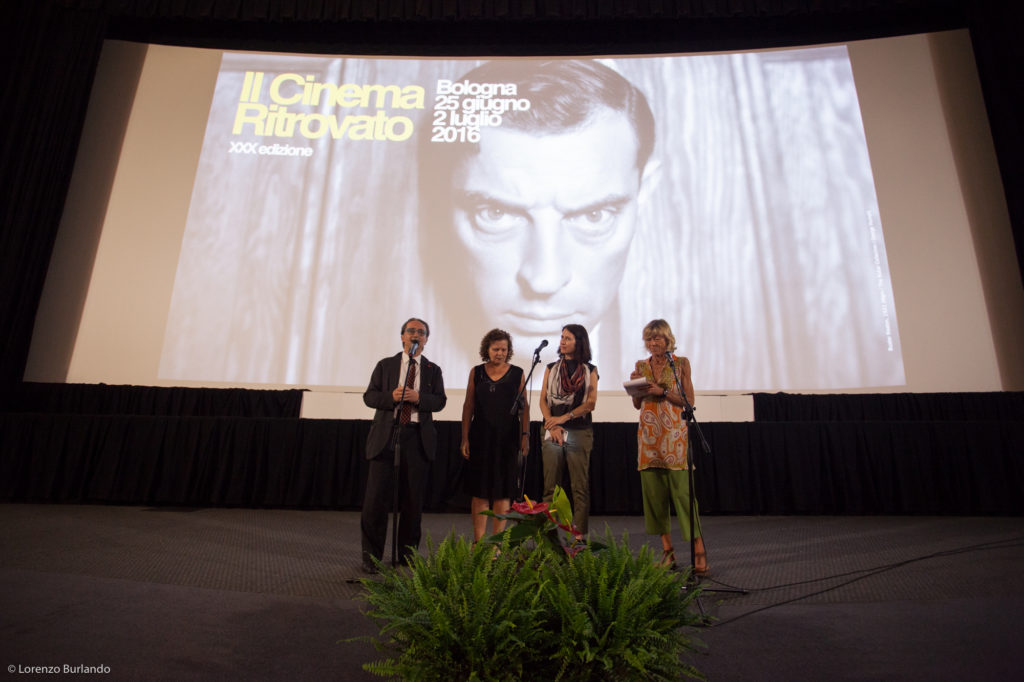 “For the second year running the Hollywood Foreign Press Association enjoyed a special spot in the annual Il Cinema Ritrovato (Rediscovered Cinema)  which takes place in Bologna, Italy. The festival showcases classic, rare and restored movies and has become a must-see event for cinephiles. The HFPA has sponsored Martin Scorsese’s Film Foundation which has restored more than 90 classic films. This year one of those titles, the Japanese masterpiece Ugetsu Monogatari by legendary director Kenji Mizoguchi, was featured in all its original poetic beauty which was honored with the Venice’s Silver Lion in 1953. The film was presented at the Arlecchino Cinema on the second day of the Festival to a sold out audience after an introduction by HFPA member Elisa Leonelli, herself an alumni of Bologna University, and Margaret Bodde, President of the Film Foundation who praised the  generosity of HFPA for making Ugetsu and many other restorations possible. Martin Scorsese joined on by video message from New York, where he is still busy with his new film Silence.“