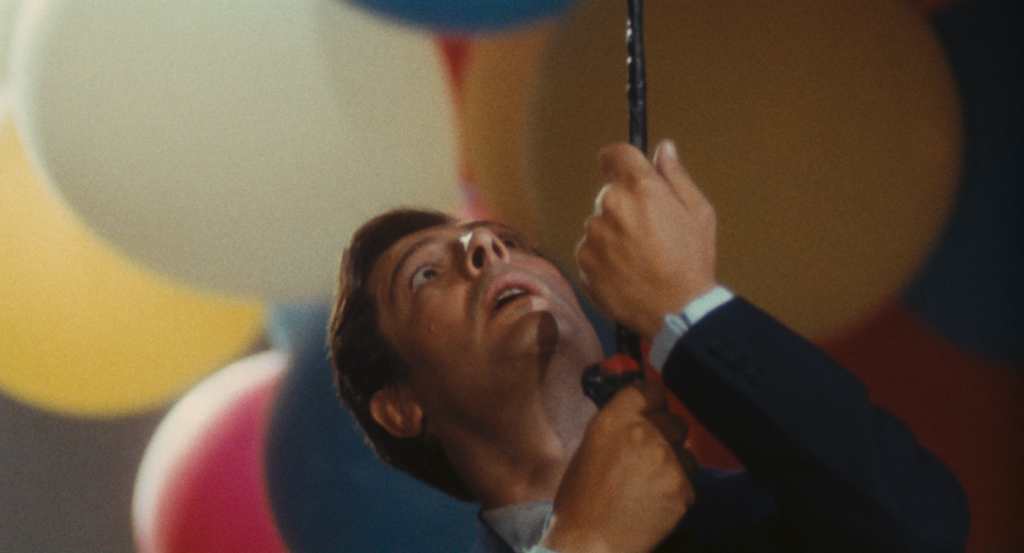 For some years now, the theme of colour has been a thread (a fil rouge and not just) running through Cinema Ritrovato, because colour is one of the great wonders of cinema and it is also one of the most sensitive areas of film restoration. This year at Il Cinema Ritrovato, we will have many amazing, exciting and sometimes never before seen colours (colour films, colours of ‘auteurship’, systems of colouration).

Cinema was born in black in white, but immediately aspired to colour. Straight away, there was tinting and toning, as well as the delicate brush strokes of pochoir-colouring (we will see some fabulous examples this year in our Cento anni fa. 1917 and Ritro vati e Restaurati sections, as well as Casanova by Alexander Volkov, a splendid colour swansong of silent cinema). Then, in 1909, Kinemacolor appeared, an audacious and astonishing system, notwithstanding its experimental imperfections. It was no longer about dying the film itself, but about capturing light through a red filter and a green filter during the shooting and screening phases; therefore, the projected images – of everyday life, cities and countryside – boasted those pure colours and combinations of them. It was the closest thing to the utopia of ‘natural colour’ that cinema had yet known, and would know until the advent of Technicolor. A complex and costly system, its lifespan was brief (surviving until 1914); however, for as long as it lasted it was the greatest show on earth. And Kinemacolor will be one of the great discoveries of Il Cinema Ritrovato 2017: the Cineteca di Bologna holds the largest collection of Kinemacolor in the world and twelve films, after recently undergoing expert digital restoration, will be presented at the festival and will be available for the first time ever on Dvd: I colori ritrovati. Kinemacolor and other Magic .They will take us on a Grand Tour: hunting in the English countrys ide, on an elephant parade in colonial India, to the shores of Lake Garda, Venice, Greece, Libya, Japan… Unique cinematographic witnesses that bring the past to life in a celebration of colour.
Kinemacolor marked the high point in colour research at the time, just as Technicolor did some decades later (and with undisputable success). The audiences of Il Cinema Ritrovato are familiar with the wonder of Technicolor; but it is a wonder that renews itself each year. This year, will it be the vintage copies of the films of Douglas Sirk, an aesthete who knew how to capture every emotional resonance with colour, such as in the complex blue ‘score’ of Magnificent Obsession, or the ‘plastic colours’ of the 1950s’ in the American tragedy Written on the Wind? Or will it be the naturalistic and divine glare of River of No Return, with Marilyn and Mitchum, or Fritz Lang’s baroque and cursed use of colour in the claustrophobic western Rancho Notorious? Sometimes a single c olour carries with it the memory of an entire film, such as the dazzling blue of a swimming pool, upon which The Graduate Dustin Hoffman floats; sometimes an abstract and sparkling polychromy (of clothes, make up, art objects) returns us to the glamour of ‘modernity’ – which in itself may be vintage – as in the new restoration of Blow up…
Set in London in the ‘Swinging Sixties’, and therefore an international film by the great Italian director Michelangelo Antonioni, Blow up is part of that Italian cinematographic journey of colour, along which Il Cinema Ritrovato proposes some important and sometimes little known stopovers. From the very rare Kinemacolor films of Luca Comerio to the mysterious visual symphony of Malombra, with its azure and violet tones, from the Technicolor brilliance of the French copy of Maddalena, where the colours add a hallucinog enic emphasis to Genina’s harrowing blasphemy, to the colour sequences of Break Up, one of the great dismantled and ‘lost’ films of Italian cinema, now finally reconstructed: Mastroianni suspended in mid-air, engulfed in a sea of his coloured balloons, is the image that best sums up Ferreri’s reflection on the regressive folly of modern civilisation – one of the many images of Il Cinema Ritrovato 2017 made unforgettable by colour.