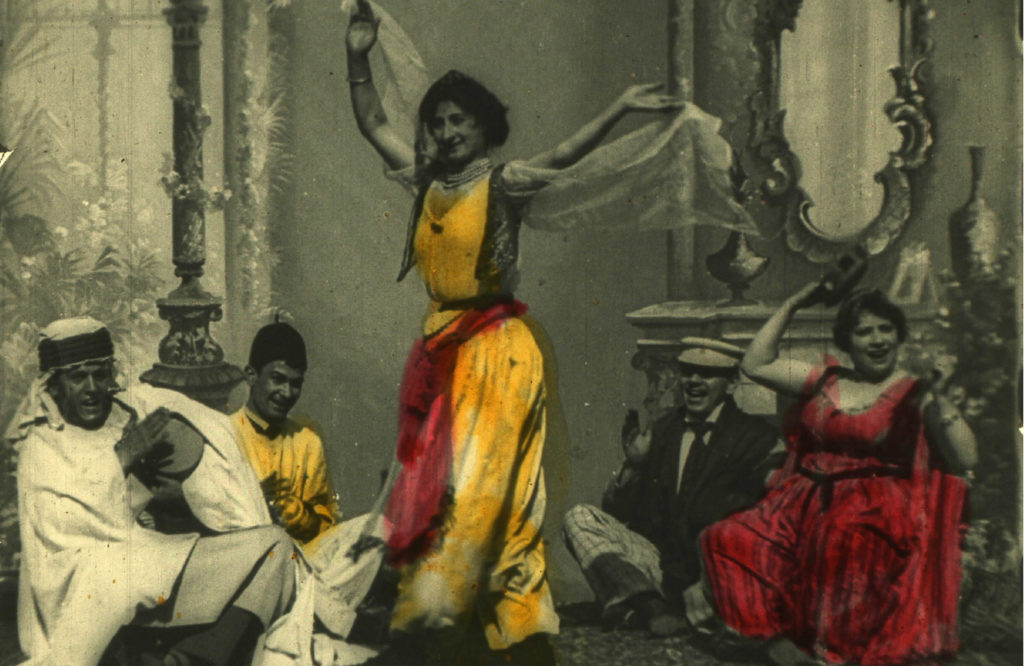 “A mystic is running through the desert shouting ‘I have an answer, who’s got the question?’” goes the old philosophy joke. This festival section-cum-workshop came into being because of a similar feeling: we found in the collections of European film archives scores of films from the period 1896-1914 shot in the territory of the Ottoman Empire, and we believe that they contain answers for an audience with the right questions.
Unknown, forgotten, hidden behind the wall of the Great War that marked the end of the great multinational empires, these moving images from more than a century ago still do exist and deserve to be screened and seen today. They clearly have dimensions beyond the discipline of film history; they might be valuable documents for people from those parts of the world and interesting source material for specialists able to interpret their content within a broader cultural and historical context.
A major part of the films related to the Ottoman past belong to the non-fiction genres, such as travelogues, industrial films or newsreels. From the start of cinematography, cameramen travelled to many parts of the world including the Ottoman Empire – Asia Minor, the Near East, the Balkans and North Africa – and brought back these exotic images to European audiences. Such views or scènes de plein air represent the oldest type of film making. Subsequently cinematography developed into mass entertainment, and when genres such as comic scenes, dances and drama became prolific, the Imaginary Orient appeared on screen in the shapes of clichéd Odalisques, Pashas or Snake dancers, in adaptations of fairy tales and last (and least) in dramas with colonialist subtexts.
With Views from the Ottoman Empire 1896-1914 we present for the third time a festival programme resulting directly from the research done for the section A Hundred Years Ago, after the series dedicated to Comic Actresses and Suffragettes (2008) and to the work of film director Albert Capellani (2010-2011). Some films have been screened in past editions of the festival, among them several titles from the two greatest collections of early cinema (and the 1910s), the Joye Collection now at the BFI in London and the Desmet Collection now at EYE Filmmuseum in Amsterdam. Others have been newly restored for the occasion. More films relating to Orientalism will be screened during the festival week in the section AboutA Hundred Years Ago. 1914 in the chapters Film and Fashion and Ancient World and Silent Cinema.