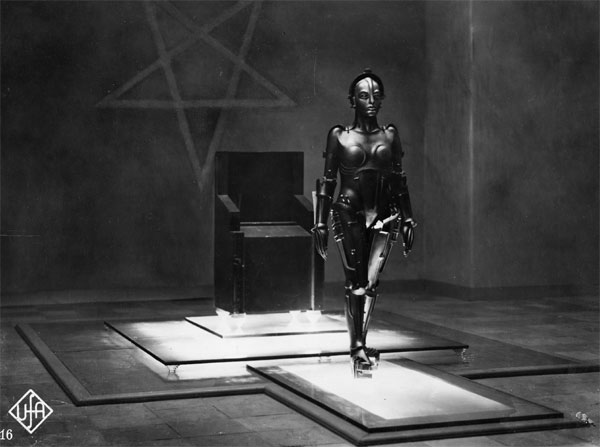 Lumière! is a thematic selection of films made by Louis Lumière and his camera operators from 1895 onwards made in France and all over world. They have been chosen from 1425 films of the Lumière catalogue.

This compilation allows to (re)discover the first moving images ever screened on March 22, 1895 as well as the films shot by the Lumière camera operators and screened throughout the world from 1896 onwards, also the colour films obtained using the autochrome process and Louis Lumière’s experiments with relief in the mid- 1930s.

The selection includes the first paying show of the Cinématographe at the Grand Café, Boulevard des Capucines, Paris. That day thirty-three spectators discovered the first actors: the workers of the Lumière factory (Sortie d’usine), a gardener – now the most famous in the world – being sprinkled by a boy (L’Arroseur arrosé), Auguste Lumière himself with his wife and little daughter Andrée (Repas de bébé)… views of Lyon, native town of the Cinématographe in 1895 (Bellecour ou Cordeliers) as well as its animated streets (Concours de boules), and its railway station (La gare de Perrache)… Louis and Auguste Lumière’s children filmed by their own father (or uncle!) his eye recording the slightest move, look and gesture (La Petite fille et son chat, Enfants jouant aux billes)… France at work or having fun, rediscovering ancient traditions and crafts (Saut à la couverture, Défournage du coke)… And then foreign lands: from Moscow to Washington, from Mexico to London, from Rome to Tokyo. For the first time in history the Lumière brothers showed “the world to the world”. By 1897 the Lumière company had organised over 800,000 screenings. The Lumière films are full of gags and comic moments that anticipate Georges Méliès and Max Linder, not only that, by they will be remembered as the first example of an ‘aesthetic of cinema’: unforgettable images captured by the first camera operators as they laid their eyes on the world in the XIX century. It’s like if the Lumière brothers had left a trail behind them which all their children followed – millions of amateur or professional who shaped the history of cinema (Vue prise d’une baleinière en marche, Panorama pris d’une chaise à porteurs)…

This compilation was made by l’Institut Lumière. The films were restored by les Archives Françaises du Film and Cineteca di Bologna.

An important and exciting digital restoration project sponsored by the Institut Lumière of Lyon and carried out at the L’Immagine Ritrovata laboratory of Cineteca di Bologna.

Ninety-three films from the Lumière catalogue were scanned using existing original materials. In most cases the process began with the original negatives with Lumière perforations, which were digitalized using a special scanning system created for archive materials and that makes it possible to work with shrinked films or with non-standard perforation systems.

Subsequent procedures of digital cleaning, stabilization and colour correction have given these films the opportunity to live on the big screen again with a beauty and brilliance considered lost.

The whole operation has turned out be particularly successful not just for the forgotten little gems but also for the better known films that, scanned directly from the negative, reveal a wealth of details believed lost.

The restored films were edited by Institut Lumière so as to create a program divided in 10 sections in a spectacular crescendo that includes the first autochrome colour films and the anaglyph experiments of the Lumière brothers from the ‘30s.

When watching a film by Lumière spontaneity is one of the first things that comes to mind. It is easy to think “that must have happened by chance”. It begins with a tram that enters the frame from the right and ends with a tram that enters the frame from the left. Do you think that was done by chance? Not at all. The cameraman made a selection; he waited and observed how things were flowing for a while, chose the best point of view and managed to do the most extraordinary thing, something we often forget: in just few seconds, without changing the position of the camera, he managed to include in the frame a maximum number of shots: close-ups, medium shots, medium long shots, establish- ing shots. It did not happened by chance: that’s science. (…)

The most amazing achievement the Lumière brothers ever attained is to show life, not history. And life is not what one may think at first, standing in one spot and showing people passing by in the street… life it’s something deeper, and that is why the Lumières’ films are so important. Life is not just the external manifestation, is the aspect, the philosophical thought, the artistic expression of the time, it is how people lived at that time. (…)

The key element in Louis Lumière’s shots is in the very essence of his name: light, the ‘lightness of light’, its depth, its relief. There’s a stereoscopic quality that comes from light, that’s why it’s extremely important to get the printing process just right. I made sure that the Lumières’ films were printed as they did at the time, using the same chemical baths, respecting their pace. And when we screened them in Venice, it was like looking at the sun. They were as refined as the most refined films of our own time.