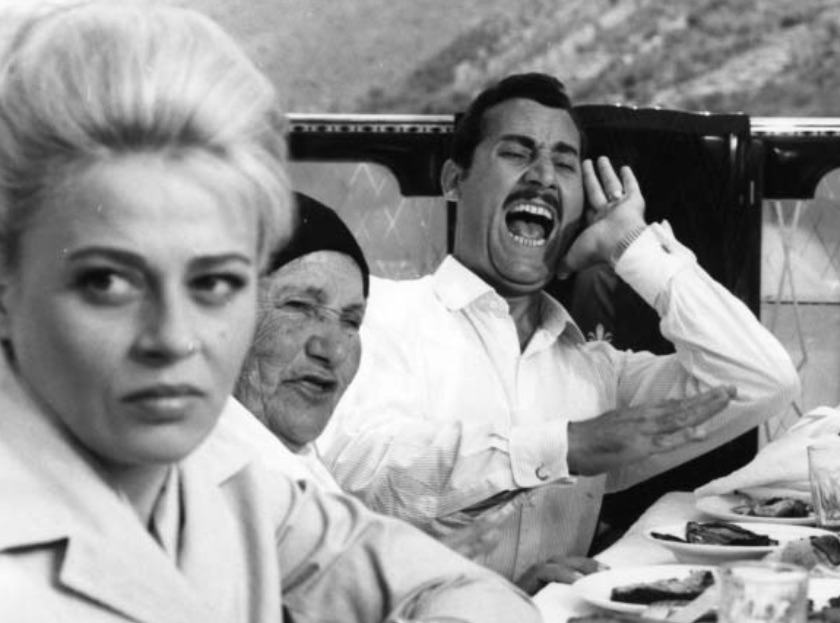 This programme was the dear wish of Carla del Poggio

“Lattuada is not an author of comedies all’italiana, and perhaps precisely for that reason he has given the genre some of its most important titles.” These words of Gianni Volpi, certainly the most acute commentator on the Milanese director Alberto Lattuada, who died last year, help us to understand the reasons for his greatness, but also for the rather restrained appreciation accorded him during his lifetime.

There are too many apparently different types of film (the popular melodrama Anna, the Gogolesque drama Il Cappotto, the ambiguous portrait of Mafioso, and Chekhov’s pedagogic story of Steppa); too many genres (epic, black, melo, morality tale, even colossal super-productions and science fiction…); too many leaps of quality among his subjects (Russian authors and news stories, regional writers and Renaissance plays). Perhaps also too many compromises, in a career which has never been immediately recognizable, or classifiable within a single tradition: a cardinal error in the face of the mental laziness of so much criticism!

Crushed between two superficial and contradictory readings, the refinement of his first works and the eroticism of the last (what stupid irony, what gratuitous vulgarity to write about “little girls in flower” on the death of a director who hated vulgarity more than anything), Lattuada’s films had to struggle a long time before being really understood. Despite his great qualities. Above all, his respect for his own work and the intelligence of the public was like a professional commandment, which made him sacrifice originality at all costs – “Style is to strive not to have one, without succeeding,” Cocteau had told him – in the name of a simplicity and communicative immediacy that were never condescending. Lattuada was a lucid observer of people, whose limits and vices he was able to grasp without ever sliding into the cynicism of so many comedies all’italiana. He was a true moralist, rich in both pity and irony, able to understand the limits of actions but not to justify them. And together, as if further to derail superficial commentators, Lattuada is a pungent and mordant painter of human character, the chronicler of a bourgeoisie always on the point of surrender, humiliated but never really offended. Sex at last reveals itself as the main (and only?) route to arrive at the fullness of his own humanity, for a moment, even if it often finishes by being the umpteenth and most cruel mirror of his own frustrations and weaknesses. Thus, though apparently so disparate, Lattuada’s films are chapters in a coherent journey, by a popular craftsman who is also a polished author, in which the works that are also the most openly “commercial assignments” end by revealing themselves as extremely personal and surprising. And enormously enjoyable.