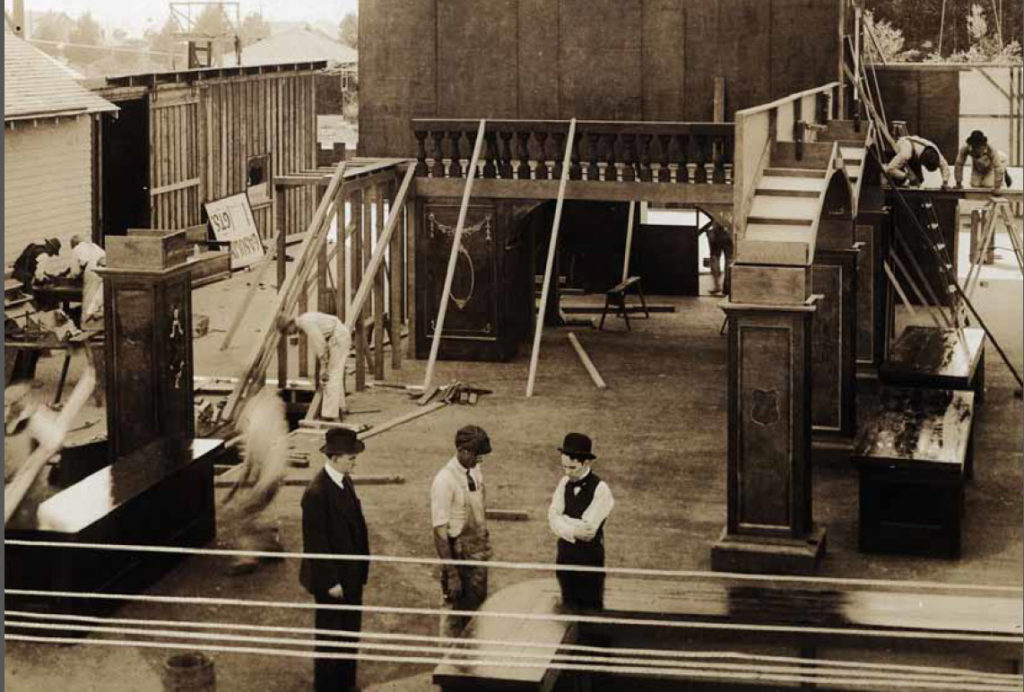 André Malraux tells of having witnessed, in Persia, the screening of a film that does not exist entitled The Life of Chaplin: “Persian movie theaters are outdoors, the films projected on walls surrounded by people and black cats, curled up, watching the screen. Some Armenian distributor had created, very astutely, a montage of lots of little Tramp clips, and the result – a very long feature film – was stunning: the Myth in his pure state”.

With eighty-one titles to his credit, of which sixty-two short comedies (including Her Friend the Bandit and Triple Trouble), Chaplin is perhaps the most ‘cut and edited’ auteur in the history of cinema, a phenomenon prompted by the very idea of ‘Myth’ referred to by Malraux (and by Bazin, who traced its ‘genesis’ better than anyone else) and which seems to perfectly reflect the modern era. In the early 1980’s, when Kevin Brownlow and David Gill did so much to illuminate Chaplin’s work with their extraordinary Unknown Chaplin, it was practically impossible to see the Chaplin comedies in any accurate version, at the right speed, or with the right music accompaniment: the Myth had assumed so many forms, but Chaplin’s original artistic intentions seemed blurred by the passage of time, while his audience, once contagious, collective laughing souls in full theatres, had become mainly Tv viewers (today’s YouTube surfers).

Over the past thirty years the Chaplin films have made it back onto the big screen, restored. First were the great classics, the medium and full-length films, followed by the early thirty-four Keystone pictures (the origins of the Myth). The twelve comedies Chaplin directed and starred in for the Mutual Film Corporation follow a recognizable creative direction but are also, at the same time, twelve distinct films, each memorable for its uniqueness and individual charms. As we are witnessing the end of the film era and are driven to continue to restore, preserve, respect and bequeath the know-how related to film upon which cinema was born and enlightened an entire century, the restoration of the Mutual comedies seems significant and paradigmatic of the possible coexistence of the digital revolution and film tradition. A true restoration project, the fruit of countless hours of inspection and repair, involving the comparison of so many, different generation elements, coming from over thirty international archives that generously shared their knowledge and consented to allowed us access to their materials. Finally, once again, we must acknowledge our debt and gratitude to another work from the 1980’s that revolutionized our understanding, Chaplin: His Life and Art by David Robinson, a powerful biography researched through and thanks to the discovery of a monumental and inexhaustible archive. Beyond teaching us so much about Chaplin, these works reflected a method, an approach and a vision which over these years we have attempted to make our own. We would like to think that our work on the Chaplin Archive, now finally complete, will continue this trajectory.