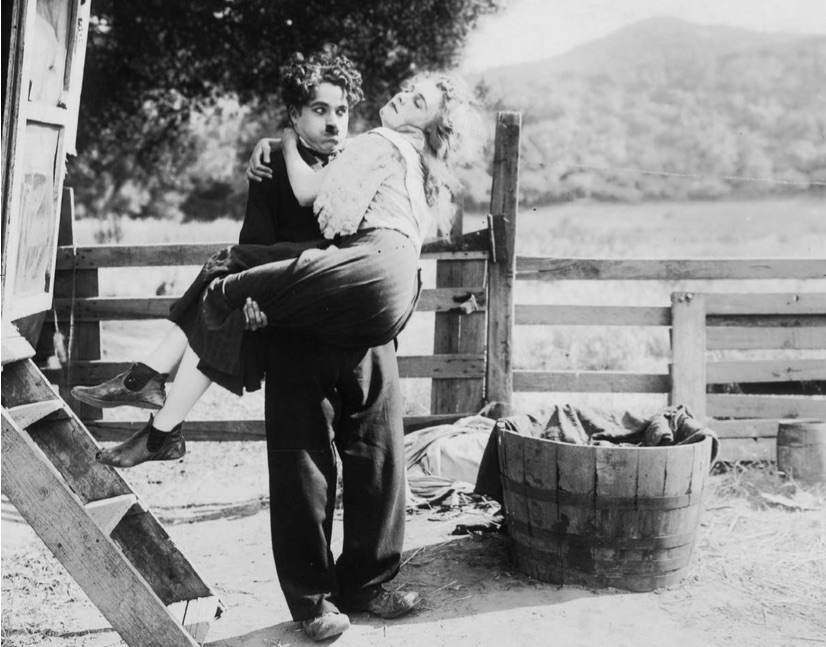 A year after Chapliniana, the 22nd edition of Il Cinema Ritrovato looks at Chaplin indirectly with a tribute to Monta Bell (which we thank Kevin Brownlow for); ten epoch-making minutes at the Centro Sperimentale di Cinematografia with Blasetti, Fellini and Flaiano; a look at the unsolved mystery of The Sea Gull. In other words, we continue to look at Chaplin’s perspective or, in the words of Ejzensˇ tejn, his eye – “how does this eye see? An exceptional eye, the eye of Chaplin”. And just when we thought we knew everything or almost everything about him, an enthusiastic and generous colleague’s discovery forced us to change our minds: March 4 1932, “The Tramp in Bologna” reads the headline of “Il Resto del Carlino”, a local newspaper: “Yesterday, around 7:30 p.m., the famous movie star Charlie Chaplin drove into town at the helm of a luxurious and powerful American car. He was accompanied by his personal secretary, and he stayed in Bologna for just an hour and a half, time enough to dine at one of the main hotels in the city center. […] By 9:30 p.m. Charlie Chaplin was back at the wheel and took off; of course, not without expressing regret for the short length of his stop and promising to come back to Bologna soon for a longer visit”.

In spring, seventy-six years later, the last six bundles of original documents of the Charlie Chaplin Archive arrived in Bologna (from Paris), which will gradually be integrated into the Chaplin database. With the digitization of roughly 120,000 papers and 20,000 catalogue entries, this database puts the pieces back together of a surprising artistic and personal history.

In addition to the original collection regarding individual films or unfinished projects, and materials included in the archive though produced by others (Sydney Chaplin, Wheeler Dryden…), new pages have continued to flow into the Chaplin Archive, especially over the last couple of years: the screenplays and the scrapbooks of Monsieur Verdoux belong- ing to the Maurice Bessy collection and bought back by the Association Chaplin, the invaluable press clippings donated by Marc Sobel, copies of the materials that Lisa Stein found during research for the soon to be published book on Sydney Chaplin and magazines also donated by her.

In 2008 the Chaplin Project will devote itself to processing, cataloguing and digitizing the archive’s photography section (about 10,000 units) and will finish acquiring David Robinson’s collection of sketches – Charles D. Hall’s architecturally precise drawings for Modern Times, Russell Spencer’s more expressionist drawings for The Great Dictator and John Beckman’s plans for Monsieur Verdoux.

On the restoration front, with the completion of almost all the feature length films and featurettes (since 1999: The Kid, Modern Times, Monsieur Verdoux, Limelight, The Chaplin Revue, The Circus, A Woman of Paris, A King in New York, Pay Day, The Idle Class) and the Keystone comedies (in collaboration with the BFI National Archive and Lobster Films), L’Immagine Ritrovata has started restoring some of the Essanay and Mutual comedies thanks to David Shepard’s materials, whom this year we are especially pleased to have as a guest at Il Cinema Ritrovato.