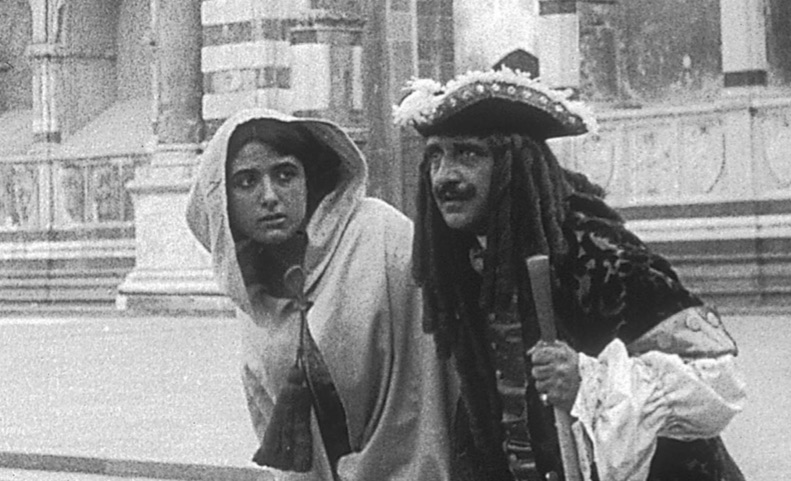 The project for the preservation and restoration of the films produced by Film d’Arte Italiana (FAI) has reached a new stage this year. A unique corpus of films produced by FAI was found at the Cinémathèque Française, and consisted of original nitrate negatives that had all been processed in the same laboratory. As a result of this discovery, in the 1990s the Cineteca di Bologna began the project of bringing this precious but little known chapter of Italian cinema back to the screens. In collaboration with the Cinémathèque Française, nineteen films have been restored so far, and eight additional titles have been preserved.

This year, restorations related to the FAI project focused on three films: MarcoVisconti (1911), Beatrice d’Este (1912) and Un dramma a Firenze (1912). In addition to the desire to add to the number of films that have been restored, these films were chosen to pay homage to the diva of Italian cinema par excellence: Francesca Bertini. Indeed, Bertini made her onscreen debut precisely with FAI. Though she became famous only later, these early years in the lower ranks were essential for her to gain experience in front of the camera. She stayed with FAI for two years, from 1910 to 1912, during which time she played a variety of roles in a total of twenty films. Today, fourteen of these films survive, several of which will be shown in this section of the Festival.

We have also chosen to present several other FAI films in which our diva does not appear. This choice stems from our desire to show, over the course of several years, the FAI production that has survived in an attempt to provide a clearer picture of a production company that had been considered minor until just recently. For consistency, we have given space this year to period films, which were typical of the first wave of FAI productions that include those featuring Bertini.

It is important to remember, however, that from 1913 on, FAI oriented its production towards more modern films, such as comedies and bourgeois melodramas set in contemporary times. For this reason, we have also chosen to present Silvio e lo Stradivarius, which provides a concrete example of this change in direction.