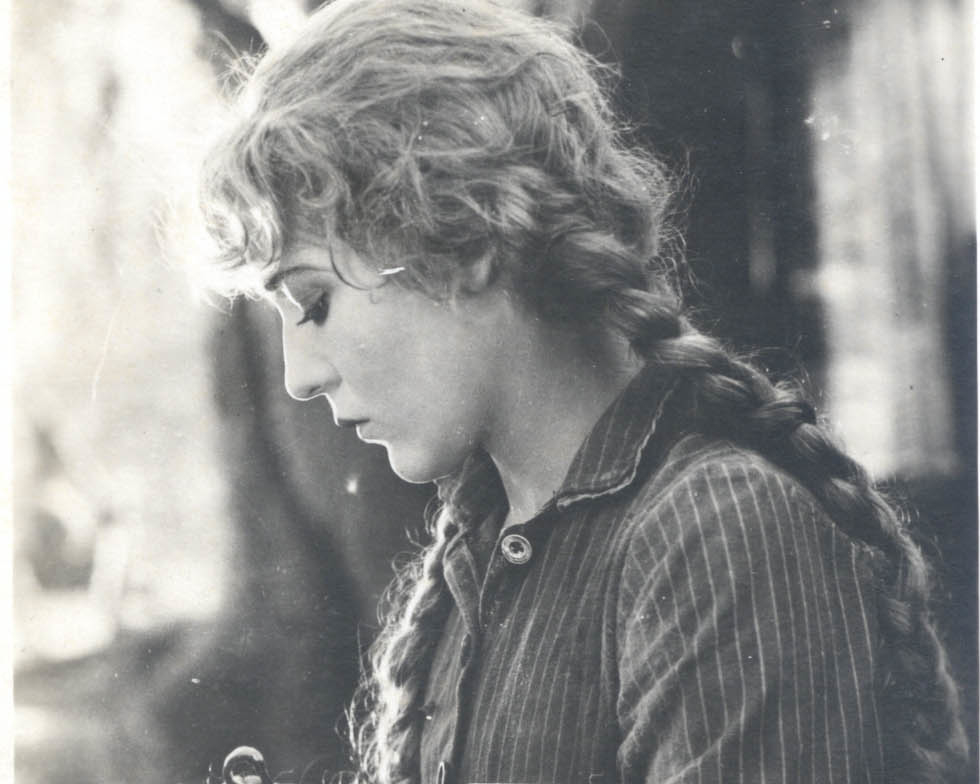 To those who have never seen her, Mary Pickford epitomizes the tear-jerking stories for which the silent era is celebrated. She is seen as a tragic little orphan, lost in the cruel world, at the constant mercy of Fate. Her name is as well-remembered as Chaplin’s; while he is the undisputed representative of silent-film comedy, she has come to represent silent-film tragedy.

Nothing could be more ludicrously inaccurate. Mary Pickford was essentially a comedienne, although that description cannot do justice to her rich talents as a dramatic actress. Her films were almost always comedies, the light episodes being laced with genuine pathos and much excitement. They were sentimental, but seldom mawkish. The character of Mary Pickford was an endearing little spitfire. She was delightful; she projected warmth and charm, but she had the uncontrollable fire of the Irish. Whenever a situation got out of hand, she would not submit to self-pity. She would storm off and do something about it, often with hilariously disastrous results.

Her playing was campletely naturalistic; neither her acting nor later silent films have dated in any way. She seems as fresh and vital now as when she was America’s Sweetheart. She had legions of imitators, but no rivals. It would be no exaggeration to state that Mary Pickford and her husband, Douglas Fairbanks, exerted more influence on American productions than anyone else in the industry, apart from D. W. Griffith. And by 1920, even Griffith’s importance was on the decline. His films had made their indelible impression on methods and technique. Now his contemporaries were overtaking him, with highly polished, highly imaginative productions. Mary Pickford and Douglas Fairbanks, thanks to their phenomenal commercial successes, became the new pace-setters. The industry awaited a new film from their studios with the same eagerness that, some years earlier, they had awaited a new Griffith.

Pickford and Fairbanks were able to recognize talent, and they had business acume enough to be able to employ it. Their choice was dictated as much by commercial considerations as by artistic merit, yet their films attained the highest possible standards in every department. Mary Pickford employed the finest cameraman, Charles Rosher. Douglas Fairbanks used brilliant men like Arthur Edeson and Henry Sharp. They both signed top directors – Sidney Franklin, Marshall Neilan, Raoul Walsh, Ernst Lubitsch, Maurice Tourneur – and they drew from lesser-known directors the best pictures oh their careers.

Although Mary Pickford says she seldom exercised control over directors, her cameraman, Charles Rosher, declares that she did a lot of her own directing. «The director would often just direct the crowd. She knew everything there was to know about motion pictures.»