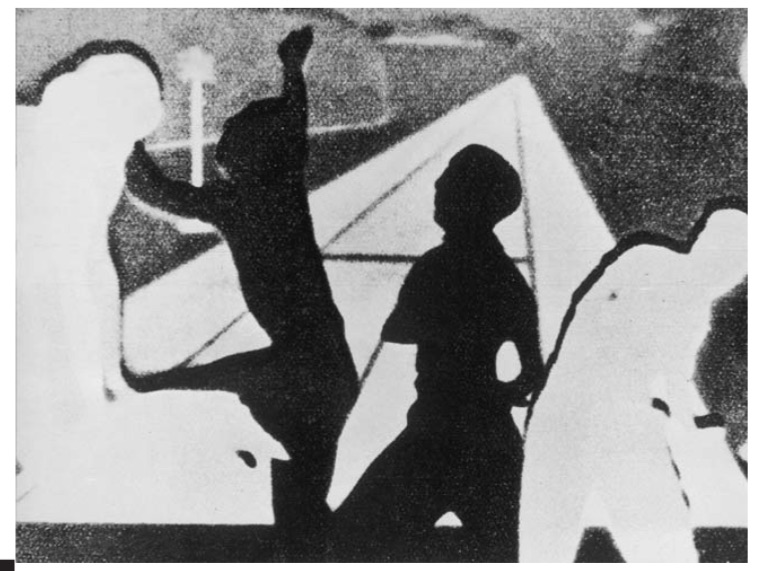 It doesn’t take a second to say the name Len Lye, but it takes much longer to explain him. He was born in Christchurch, New Zealand, in 1901; died in Warwick, New York, in 1980. At first he studied commercial art, but found his true inspiration elsewhere: in the “primitive” art of Maoris, Aboriginals and South Pacific islanders, in European modernism, the cell structures of life forms, and the daily motions of sky and water. Cinema captivated him not for its narrative potential, but for the chance to create motion through abstract patterns, initially by conventional animation and paint directly applied to celluloid. He grew to use live-action photography too, but in a 50-year cinema career, spent in England and America, the mainstream industry never beckoned. Where Len Lye trod, others followed, like Norman McLaren, Hilary Harris, and Stan Brakhage, lyrical masters of abstract cinema.

To his colleagues Lye was “like a man from Mars”, as wildly original in appearance as in artistic ideas. In England of the 1930s, people with orange sweaters, vile green trousers, and a white cap easily stood out. He arrived in London from Australia in 1926; he painted, made sculptures, and after two years’ work finished Tusalava, a disturbing animated film of obscure meaning, featuring biological shapes on the rampage. But for the rest of his time in England the need for financing drove him towards commercial sponsors. Our selection, largely drawn from the National Film and Television Archive’s collection, concentrates on the work Lye created in the 1930s and early 1940s. Ostensibly he was advertising British parcel rates or advising wartime cooks how to make a vegetable pie; but the true subject was his own extraordinary, dancing imagination.

A Colour Box, a pulsating paintbrush ballet set to a Caribbean beat, started his connection with the GPO Film Unit in 1935. Lye’s interest in Britain’s new cheaper parcel rates was nil; but this advertisement gave him a wider audience than any experimental film artist in Britain had enjoyed before, and its vibrant colours made a huge impact when most film programming remained in black-and-white.

The Second World War inevitably brought changes. Instead of advertising Post Office services, Lye used his brain and eye to express wartime propaganda, from cooking recipes (When The Pie was Opened) to the need to recycle toothpaste tubes (Tin Salvage). In 1943 he moved into newsreels, and by 1944 was in America working for March of Time. He returned to personal film-making in America in the 1950s, but funds were low, and he eventually concentrated on kinetic sculptures.