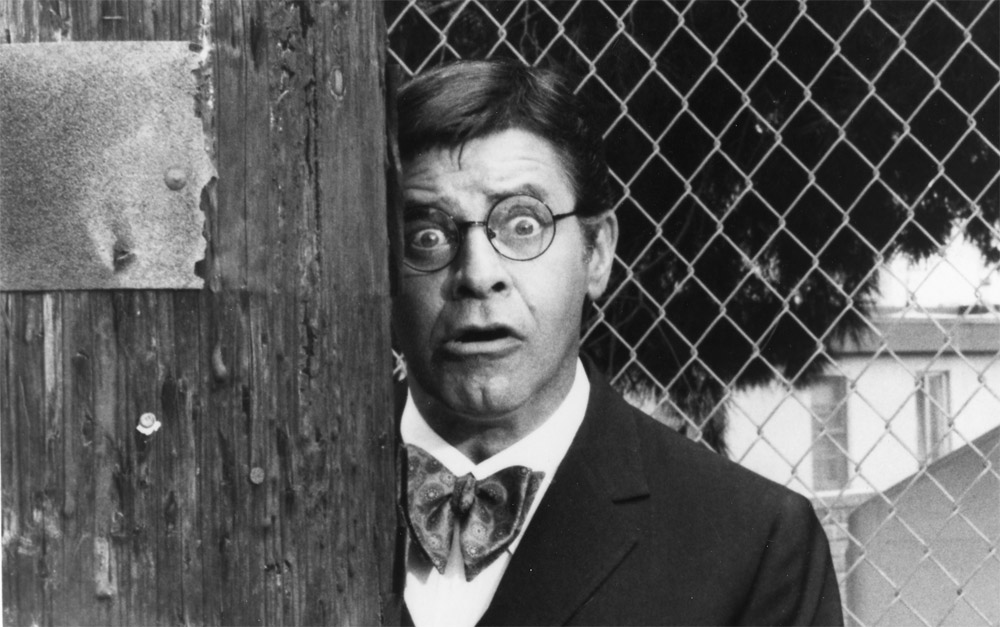 The most delicious jury experience of mylife took place in Barcelona, 1984, under the wings of the great José Luis Guarner. We rewarded two superior series: Brownlow- Gill’s Hollywood and Robert Benayoun’s Bonjour Mr. Lewis. The incredible Hollywood is too little seen and scarcely available today; the 6-hour series dedicated to Jerry Lewis is even less so. It has been invisible now for almost three decades. Little did we know that nothing as good as these two series would appear during the long decades that followed. The archival material of Bonjour Mr. Lewis is a treat! Outtakes, sketches, parodies, homages to fellow comedians, outrageous home movies (including Come Back Little Shiksha, but not the ones on Notorious or the one named Son of Lifeboat). When I talked with Benayoun he was careful to point out how incredible it was to get what he did in a town famous for allowing even Chaplin’s studios to be torn down. And above all there is the television material: familiar to Americans, almost unseen by Europeans, who formed their impression of the comedians on the basis of films directed by artisans like George Marshall or Norman Taurog (and in the dreamlike finale of the duo’s film career, in two amazing films by Frank Tashlin). What then can the Tv programs add? They are so much more spontaneous and savage, amounting to an incredible condensation of national consciousness at the grass roots level. Subtility and the lowest common denominator in one blow. If the breakthrough of television in the late Forties signified – this is a point Jerry Lewis himself makes – a complete change in everyday life, then – we may continue – the Martin-Lewis show was the closeup of that turning-point. They had tested their popularity on Ed Sullivan and Milton Berle’s programs, but it was their own that catapulted them to fabulous audience ratings. They were one with the magic of the new medium and the essence of live Tv. Dean Martin – a perfect straight-man to Jerry’s clown and poet of the unconscious – is often underestimated, which angered Jerry. But this working team broke up, leaving millions of teenagers homeless – indeed, John Landis says that the divorce of the youngsters’ own parents didn’t hurt as much as the collapse of Martin- Lewis. One unforgettable clip shows the brief moment of their reunion – which couldn’t have happened even if the president of the United States had ordered it; a higher statesman was needed – Frank Sinatra. Another legendary moment is the ‘thelethon’, a 24-hour live charity show for muscular dystrophy that Jerry hosted for years: shatteringly tasteless and grotesque at times, but moving and powerful at others, it reveals so openly the naive, fragile and frightening soul of America. Added in the bargain is a chance to see the metamorphosis sequence of The Nutty Professor in its full length – which at least to me makes the sequence tick in an entirely new way. I have intentionally delayed mentioning the other half of Benayoun’s astounding material: the interviews. Colleagues come one by one to tell the same story: how deeply Jerry influenced them and American popular culture in general – Spielberg, Bogdanovich, Scorsese, Landis and the wonderful Mel Brooks, who testifies as a soul brother that you can’t get deeper into sheer madness (and adds that Jerry alone does it with impeccable technique). Plus Monty Feldman, Federico Fellini… Robert Benayoun handles his precious bits with ease and elegance; this treasuredome of popular culture (defining ideas about Jewish culture and comedy in passing, but not superficially) is a masterpiece of collage. Along with Lewis’ achievement, and radiating from its rage, it’s also a deep view into the schitzofrenia of an era, and the horror that swallowed and infantilized a nation. Which is also to say that it’s the funniest and most entertaining show you can imagine.