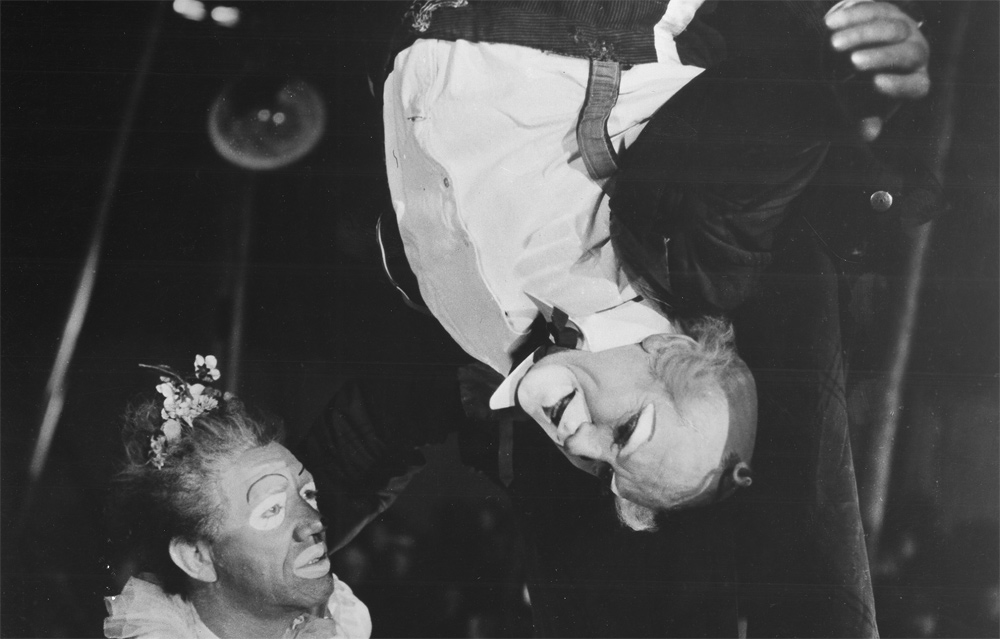 With good reason, the 1900s can be called the century of socialism: the greatest hopes, illusions, fears and deceptions are all there. Then too, as if to prove the point, some wars are waged because of the web of motives inspired by the fear of socialism. Socialism also created an electric field for cinema, headed by a bunch of immortal films carrying an almost savage faith – films that are now too seldom seen, like Kuhle Wampe, La Vie est à nous, Native Land, all of them permeated with unforgettable images and sounds, the quintessential signs of their time.

These films are even now unique examples of an approach to realities that are complicated in every direction, and that use the full arsenal of cinematographic means. That was obviously something specific to the 1930s, if we think of the Soviet cinema of the day, the films of Joris Ivens, or how and what of the Spanish Civil War was filmed. This formed the background for many littleknown films that we are proud to present: Hunger in Waldenburg by Piel Jutzi, Erwin Piscator’s only directing job, Revolt of the Fishermen, and Gustav von Wangenheim’s Kämpfer – these two made in the Soviet Union.

The same age created impressive counter-images: Hans Steinhoff’s Hitlerjunge Quex cannibalistically devours the entire tradition of proletarian cinema, and was successful, at least in reality. Karl Ritter’s sinister GPU (1942) is a masterful manipulation that pretends to document the background of the world war then raging, Goffredo Alessandrini’s epic Noi vivi is a strange, dark masterpiece of the WWII period. We are including a more curious crop from America: two films, both produced by Walter Wanger, show contemporary reality where socialist and near-fascist trends are blended in a thrilling manner. As both Gabriel over the White House (Gregory La Cava) and The President Vanishes (William Wellman) had great directors at the helm, their ambivalence makes for great viewing and deciphering.

Last, one Cold War entry, and one of the best films of this inglorious period: Elia Kazan’s Man on a Tightrope (1953), a visually impressive film about circus people plotting to escape from the grim realities of Czechoslovakia – with a full gallery of troubled faces and a sense of ‘la ronde’ of Realsozialismus where no one is spared.

“A specter is haunting Europe – the specter of communism…”