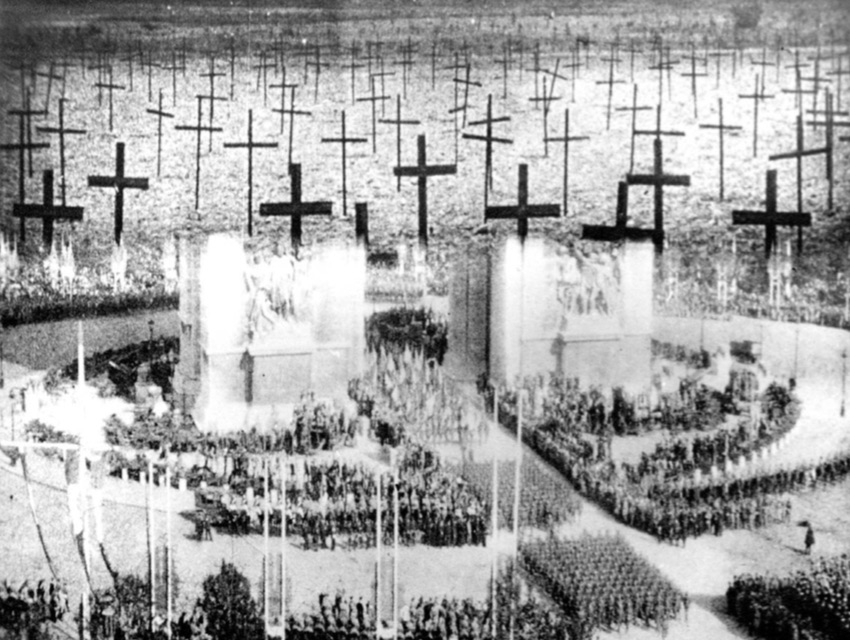 The five year period of WWII that shook the world, and the life of each individual in it, gave rise to the most extreme spectrum of reality and unreality ever reflected in film. The shock seems to have returned spectators to the time of Lumière: suddenly there was equal interest (and confidence) in documentary and fiction alike, with the need to breathe in film in its most basic sense as a medium that can preserve life. The film heritage from those years opens captivating, overwhelming evidence, full of human conflict and ambivalence. Moments of truth and nobility are as poignant as moments of lies and evil, or the representation of the lowest moral point ever in the history of cinema’s immense possibilities.

War is a zone between life and death, and as such it elevates and enriches the very idea of fiction, meaning the intertwining of ’real’ and ’imagined’ in a way that ordinary times seldom offer. The ’real’ simply had a more shattering obviousness, the ’imagined’ had an unimaginable range in both the realm of propaganda and of utopia. The first casualty, of course, as in all wars, was the truth, whether through straightforward lies or blatant manipulation which, with moralistic undertones stripped away, becomes a hallucinatory common denominator of the whole period and often signified a general, dreamlike sense of unreality, as if all those films were a footnote to A Matter of Life and Death (Michael Powell and Emeric Pressburger, 1946).

The material thought to be ’realistic’ (and moreover produced on the ’good’ side, or the side of the winners of the war) was certainly manipulated as well, starting with Why We Fight. The most famous documentary series of WWII was supervised by Frank Capra, for whom fiction remained at the center of the film universe. Exactly because of that, it had the eccentric dimensions André Bazin sensed in his masterly essay À propos de ‘Pourquoi nous combattons’:

As the study of the materials of any compilation film shows, fifteen years after the fact the difference between documentary and fiction seems to change places: documentary becomes fiction, fiction documentary. Almost every film from those years is a paradox that, once again, is a source of an often unusual ‘cinematographic’ richness.