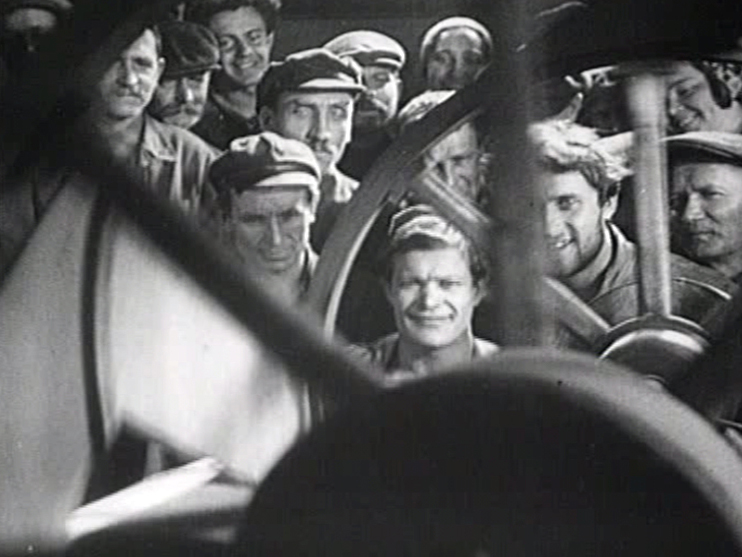 Cinémathèque de Toulouse and Gosfilmofond organized a retrospective of twenty programs uncovering more than thirty films featuring Jewish stories, themes and characters produced under the Russian Empire and later the Soviet Union between the 1910s and 1960s.

The films were chosen in order to demonstrate the diversity and wealth of such a vast production, still largely unacknowledged, that includes shorts, medium length and feature length films, fictional movies, documentaries and actuality films. They cover a variety of subjects: the traditional Jewish life in the shtetls of the “Pale of Settlement” and a world that has vanished almost without a trace; the swift change of modernity and the diverse political spectrum of the Jewish world that began to develop at the end of the 19th century (Zionism, socialism, Bundism, poaleitsion); Tsarist discriminatory policies and the social situation Jews were reduced to under the Russian Empire: restrictive laws, repressions, pogroms, anti-Semitism; the hope for change and social success; the creation of Jewish utopias within the Soviet Union (Birobidzhan, Crimea, acknowledgment of Yiddish culture and legacy, the return of immigrants); the fight against anti-Semitism, which was revived during the late 20s; condemnation of growing anti-Semitism in Germany (these films made quite an impact abroad); the Holocaust and the problems with its portrayal in post war film.

Il Cinema Ritrovato chose seven programs covering the rarest fictional films produced between the 1910s and the post World War II era. This selection provides a glimpse of a cultural legacy that today has all but disappeared: the cultural history of the Jews in Russia and the Soviet Union.

Under the aegis of Fondazione Museo Ebraico di Bologna