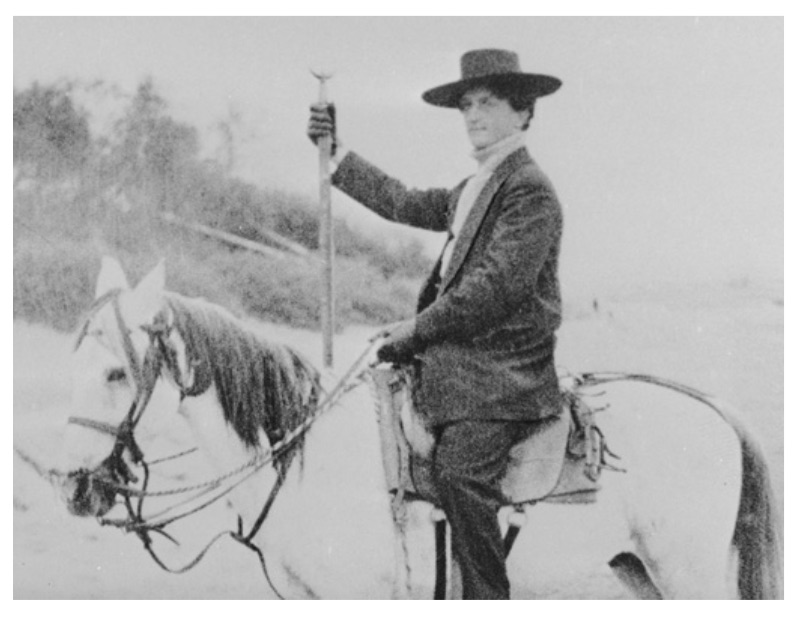 “This is the first book dedicated to the man whom Henri Fescourt brought out of the shadows in 1960, when he defined Jean Durand as the third great personality of Maison Gaumont, after Louis Feuillade and Léonce Perret. Then several films believed lost were resurrected from the graveyard of memory. Even if they represent less than a third of the films made by Durand, thanks to them his work has become better known. His life and character, however, are still something of a mystery”.

This is how À la recherche de Jean Durand, the invaluable new book by Francis Lacassin on one of the most unjustly forgotten figures in the cinema of the 1910s begins. Lacassin covers with precision and a sense of adventure the convoluted, fascinating career of this director. In vivid colours and with rare competence, Lacassin conjures up the genius and recklessness of a cinema that has long since departed, and an era that is still difficult for us to grasp. At Gaumont Durand quickly became the maestro of physical and acrobatic burlesque, the specialist in wrecked scenery and the champion of the absurd. The Onésime and Zigomar series were a huge success, largely thanks to the helter-skelter support of the “Puittes”, Durand’s faithful team of slapstick artists (the group included Gaston Modot, on whose head a number of wardrobes were happily broken before he met Renoir). “Les Puittes” also charge around in the highly original westerns shot by Durand in the Camargue countryside. These spectacular, adrenaline-fuelled adventures are also noteworthy for the appearances of the talented Joé Hamman.

After last year’s comprehensive retrospective dedicated to the director, Il Cinema Ritrovato 2004 continues with four more gems from the Durand filmography to celebrate the release of Lacassin’s fascinating study.