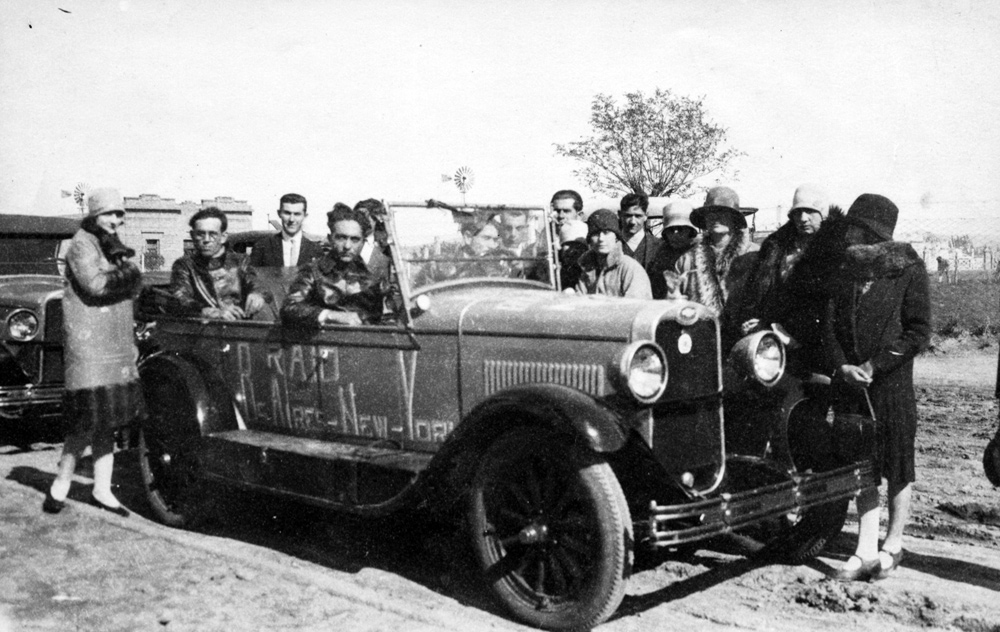 At the height of Italian emigration during the twentieth century, from 1906 to 1910, Italians represented 7% of the population of New York, 20% of Buenos Aires and 35% of São Paulo. It is obvious that we should look for signs of Italian history outside the country’s confines, just as it is evident that the issue of identity does not end in our backyard. What lies beyond also needs to be considered, and to do so requires the cross-eyed and unpredictable vision that film offers. This program looks at productions for the emigrant market in the United States and the Italian influence on the film industry in Argentina and Brazil.

The Michael Ruggieri collection testifies to the vitality of the Italian immigrant community. Ruggieri was a distributor of Italian films in New York. The George Eastman House of Rochester acquired his collection of over 2200 items including pictures, posters, theater programs and various letters. About half of the films that Ruggieri distributed, such as Terra Madre, Piccola Mamma, I figli di nessuno, Italia Vittoriosa, ’A Santanotte, disappeared, but the remnants, often mere fragments, clearly demonstrate that his distribution was geared towards an Italian-American audience.

The Man in Blue by Edward Laemmle also has to do with Italian identity and emigration. It contains all the ingredients of the American stereotype of the Italian immigrant – Little Italy, the Mafia, the songs and dances of Naples – sealed by the presence of Cesare Gravina.

Argentina, instead, is its own unique case. Integration policies were the immediate response to Italian immigration, which was extraordinary in terms of numbers and the influence it had on the Country’s identity-making process. This social fabric is reflected in the cinematographic microcosm, dotted with cameramen, directors, actors and producers of Italian origin. Among the most well-known are: Atilio Lipizzi, an Italian electrician who founded the Compañía Cinematografica Italo Argentina in 1905; Mario Gallo, a prominent figure who created the first films with Argentine stories; Federico Valle, probably the most important pioneers of Argentine film.

Cinema was an Italian business in Brazil also. The first film projection hall in Rio was created by the Segreto brothers in 1897. The first local films appear to have also been shot by neapolitan, Vittorio di Maio. The substantial numbers of Italian immigrants can also be seen in the titles of films such as Circolo Operaio Italiano em Sâo Paulo (1900), Imigraçâo e Colonizaçâo no Estado de Sâo Paulo (1910). The Paulista proletariat also featured a strong Italian presence: Vittorio Capellaro, the Lambertini brothers and Arturo Carrari. In Barbacena, in the state of Minas Gerais, Paulo Benedetti experimented with synchronized and musical film. Gilberto Rossi, one of the greatest photographers of Brazilian silent film, produced the dramatic film Segreto do corcunda by Alberto Traversa (1924).