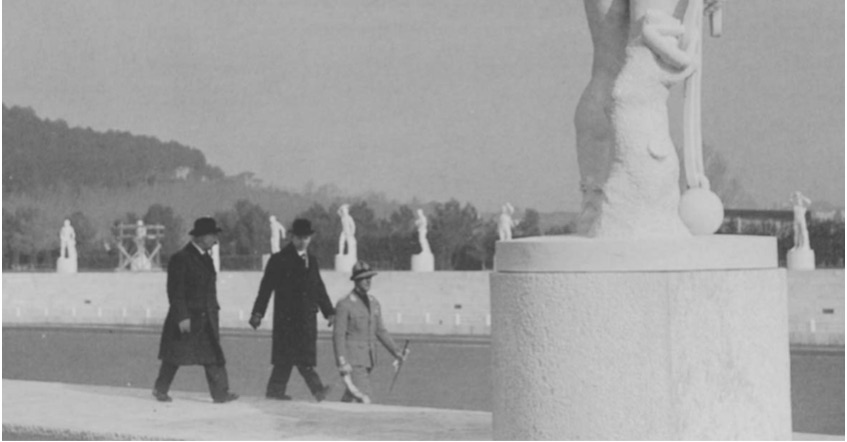 Some initiatives get started without too much thought, for the simple and incredible reason that no one has ever done them before. Finding space for a tribute to Istituto Luce and its collections within the tight, international schedule of Cinema Ritrovato 2003 is indeed one of those obvious bright ideas. Until just a short while ago, in Italy such obvious ideas were called “uova di Colombo”. It is difficult, and probably uninteresting as well, to try to understand why the most long-lived audiovisual archive in Italy has been missing for so long from great archive retrospectives in Italy and not only. Sticking to today, we could say that the Istituto Luce archives are too busy “receiving clients” and “doing business” to “waste time” with screenings and festivals. And there is some truth to that, since the Luce archives are no doubt the most modern, accessible, and visited in Italy, also thanks to their online system which is top level in terms of vastness, clarity, and consultability. In conceiving of this first, small core selection of the treasures at Luce, we tried to give an idea of the adventurous history of the Institute itself, and to show extremely heterogeneous and diverse materials in terms of historical era, production origins, ideological-propagandistic investment, aesthetic qualities, filmic specificity, notoriety, diffusion, format, and authoriality. Our aim is to arouse attention and interest among the international public of the festival, which has never had a chance to get to know Istituto Luce, if not as the megaphone for Benito Mussolini. No actual restorations were carried out. There wasn’t time, nor was a need felt. In some cases we made reprints or simply created “other” editions in respect to home video. For example, in the film La crociera aerea del decennale we removed the blue toning that had been added to the cassette version, returning the film to black and white. In addition to three feature films (two of which are colossals of a strongly “collectivist” nature) and two short films d’auteur, we have also included three brief anthologies. One is on Cinecittà, from its founding to the postwar reopening following the refugee occupation. The second looks at self-censorship by Settimana Incom following World War II, and the last tells of ministerial and government cuts to newsreels in the fifties, years in which the centrist monopoly on audiovisual information was waning.