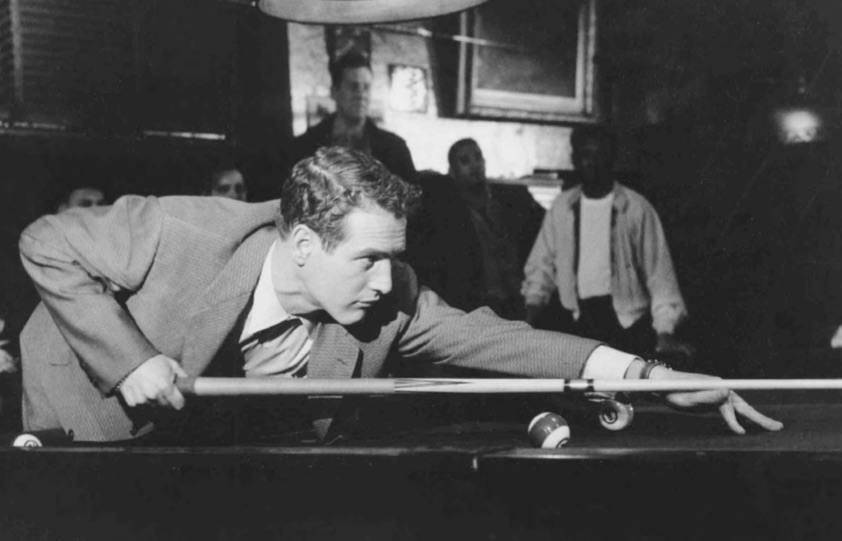 It was in spring 1953 in Atlanta, Georgia that I got my first taste of CinemaScope, a demonstration held at an exhibitors convention I attended with my father. As nearly as I can remember, the sample reel included a few clips from forthcoming Fox films, including The Racers, The Robe, and How to Marry a Millionaire, as well as an alternate, anamorphic version shot of “Diamonds Are a Girl’s Best Friend” from the not-yet-released Gentlemen Prefer Blondes, which would open in a “flat” version that July. Thirty years later, after writing about the latter movie and speculating why several critics erroneously described it as a CinemaScope film, I belatedly recalled having seen the other version of that number, which provided at least one clue. I was ten at the time, and when, later the same year, I told my grandfather, who owned my family’s theater chain, that CinemaScope was better because it was bigger, he wound up using a variation of this idea in the local newspaper ad for King of the Khyber Rifles: “It’s bigger! It’s better!” And with stereophonic sound surrounding me on all sides, the size was not merely monumental but environmental. Writing about CinemaScope in 1954, Roland Barthes had a related thought: “Obviously one must occupy the largest space in a new manner; perhaps the close-up will not survive, or at least its function will be transformed: kisses, sweat, psychology may all reinstate darkness and distance: a new dialectic between men and the horizon, men and objects, should come into view, a dialectic of interdependence and no longer one of décor. Properly speaking, this should be the space of History, and technically, the epical dimension is born. Imagine yourself in front of Bronenosec Potëmkin, no longer stationed at the end of a telescope but supported by the same air, the same stone, the same crowd: this ideal Potemkin, where you could finally join hands with the insurgents, share the same light, and experience the tragic Odessa Steps in their fullest force, this is what is now possible; the balcony of History is ready. What remains to be seen is what we’ll be shown there; if it will be Potemkin or The Robe, Odessa or Saint-Sulpice, History or Mythology.”

Commenting on this utopian text almost half a century later, the American theorist James Morrison was more skeptical: “The appearance of CinemaScope brings with it a whole ideology of expansionism, and it is neither a surprise nor an accident that nearly all of the definitive ventures in widescreen cinema of the 1950s and early 1960s represent genres fraught with the bluster and spectacle of imperial myth and colonial fantasy, in particular the Biblical – or pseudo-Biblical -`spectacular’ (The Robe, Demetrius and the Gladiators, Ben-Hur), the historical costume-drama (Exodus, Spartacus, Mutiny on the Bounty, Lawrence of Arabia), or the Western (Man of the West, The Tall Man, How the West Was Won). In fact, most of these examples quite explicitly narrate tales of colonial conflict of one sort or another, and the newly epic dimensions of the screen are typically called upon to confer a triumphal rhetoric of rousing, gung-ho victory upon the enterprise.” Actually, I believe both these texts are correct. And the early history of CinemaScope can be written in the spaces between these two interpretations.