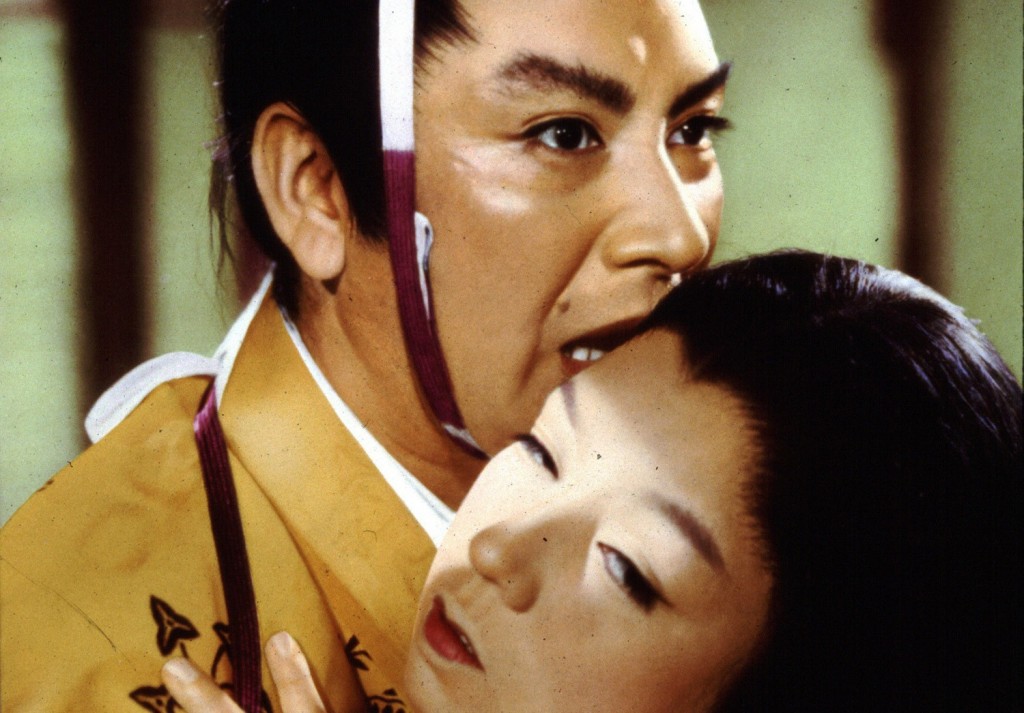 When Jigokumon (Gate of Hell) reached the United States in 1954, “New York Times” critic Bosley Crowther hailed “color of a richness and harmony that matches that of any film we’ve ever seen”. The film’s success at Cannes, where it scooped the top prize, and in Hollywood, where it took the Oscar for Best Foreign Language Film, owed much to its visually splendid use of the imported Eastmancolor process.
But the Japanese cinema’s embrace of colour was a varied and multi-faceted experience, as this programme, which initiates a survey of the early years of colour filmmaking in Japan, seeks to show. Although primarily a postwar phenomenon, experiments with colour had been made in the prewar years also. As elsewhere, silent films were routinely tinted and toned, and this programme includes a recent restoration of one of the few silent films to have survived with its original tints intact. This was followed in the late 1930s’ by a pioneering attempt to realise full-colour films in Japan using the imported Cinecolor process.
The bulk of this retrospective, however, is dedicated to the 1950s, when mainstream Japanese cinema moved gradually towards colour filmmaking. The domestic Fujicolor process had been used for a number of short films, and for sequences within otherwise black and white features, in the early postwar years, but it was not until 1951 that Japan produced its first successful full-colour feature, Karumen kokyo ni kaeru (Carmen Comes Home) using Fujicolor at Shochiku. A newly restored digital print will be screened in the second part of this programme at Bologna in 2016.
Through the first half of the 1950s, all Japan’s major studios, and filmmakers ranging from such elite talents as Teinosuke Kinugasa and Kenji Mizoguchi to skilled artisans like Kazuo Mori and Hideo Oba, realised films in colour. Some of these used domestic processes such as Fujicolor and the rival Konicolor System manufactured by Konishiroku (later Konica), but imported technologies such as the cheap and accessible one-strip Eastmancolor process eventually achieved market dominance as colour film became widespread in Japan. As it did so, filmmakers explored and perfected the rich artistic possibilities of the new medium, both for bringing to life Japan’s historical past, and for recording the rapidly changing present.

HANA NO NAKA NO MUSUMETACHI

HANA NO NAKA NO MUSUMETACHI