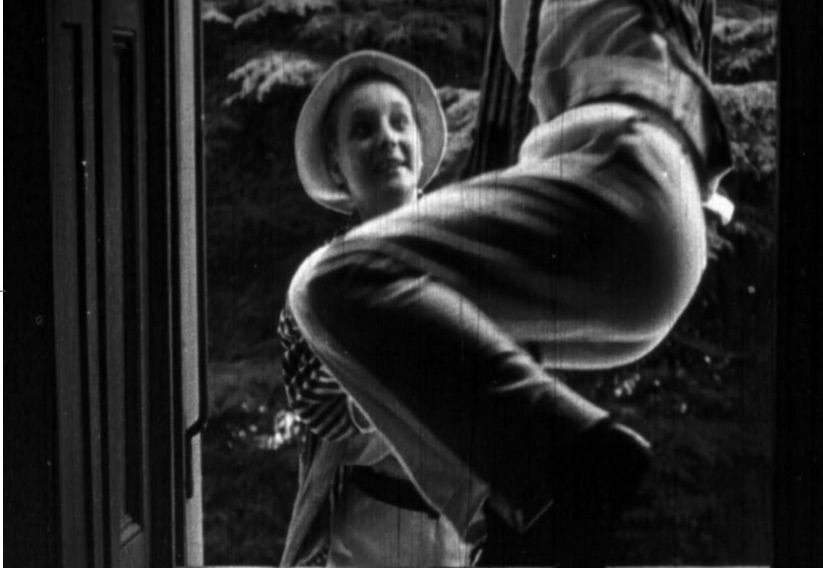 For twenty-two years now, Il Cinema Ritrovato has been a place to discover and watch films, and to realise that they were not what our own preconceptions and historical legend had led us to expect. Central to this experience was the exploration of the cinema of the 1910s and the films of the great actresses like the Italian divas and Asta Nielsen, as well as the complement to the diva drama – the comic series. This year we are bringing the two strands together in an international programme with female comedians of the 1910s.

After 1910, the production of the comic series became truly serial. Like their male colleagues, women comics such as the French series heroines Leontine and Rosalie belong to the great tradition of the clown; they can be ugly, aggressive and destructive.

Another important role is that of the unruly adolescent girl (Enfants terribles, Backfische, tomboys), worse still when she comes in twos like the English Tomboy sisters Tilly and Sally (1910-1915).
Apart from the comic series and the diva film, actresses like Lea Giunchi and Gigetta Morano made their name playing a broad range of characters; they appeared with permanent and changing partners mainly in comedies, a genre frequently rooted in the couple’s pas-de- deux (and often it is the man who is stupid and the woman clever). It was the age of the suffragettes and their struggle for the vote, of the Women’s Social and Political Union founded in 1903 and its leaders Emmeline Pankhurst, her daughter Christabel Pankhurst and the more radical Sylvia Pankhurst. Mass protests and a process of radicalisation followed the failure of a legislative initiative in 1910. The suffragettes deliberately provoked public scandals; when nothing else worked, they chained themselves to railings at the Houses of Parliament, smashed the windows along an entire street, invented the political hunger strike (and were force-fed), ignited fires and set off bombs. In 1913, Emily Davison threw herself in front of the king’s horse at the Epsom Derby and died for the cause.

We have documentary footage of this incident as well as parades and demonstrations, but it was above all in the comedy films that the exciting and burning issues of women’s emancipation were addressed and gender roles playfully confounded and acted out. The cinema produced and projected a wealth of male and female roles and negative and positive fantasies. Thus under the protective umbrella of comic unreality, films rendered visible possibilities that were still almost inconceivable.

From the beginning, cinema was a public sphere open to all, including women. Into the period of the First World War it contained and reflected the diversity of the most various social milieus. This produced a great openness, variety and mobility, which also extended to the images of gender roles conveyed on film. The fact that film production was not standardised and that the function of directors was still quite weak gave a good deal of scope to women working in the field. As actresses they had a high degree of autonomy in shaping their roles, and were often involved in their films as producers or co-directors. Not until the 1920s did it appear natural for actresses to be passive mate- rial in the hands of male directors and producers, (allegedly) without any creative autonomy of their own. These power relations in film production did not become firmly established until around 1920.

In light of the films of the period 1900-1915 and the women in them, I strongly suspect that our notion of women before the First World War as generally unfree and of the 1920s as an era of liberation is incorrect. It is certainly incorrect for the cinema.

The irresistible forces – the title’s inspiration comes from a comedy by Gigetta Morena – of women in film before the First World War remain impressive today, which means that the present indeed still needs such films.

Ten years ago, in 1998, Pierre Bourdieu published his late work, Masculine Domination, which examines male domination as the paradigm and model for all forms of domination. He wrote the book, he said, out of astonishment ‘that the established order, with its relations of domination, its rights and prerogatives, privileges and injustices, ultimately perpetuates itself so easily…. and that the most intolerable conditions of existence can so often be perceived as acceptable and even natural.’

As a footnote, here is some chronology:
The first Countries to introduce the active and passive suffrage for women were Australia (1902), Finland (1906), Norway (1913) and Denmark (1915). After the First World War, Austria, Germany, the USA (1920) and Great Britain (in 1919 for those over 30; in 1928 for all adult women) followed. In Italy, France and Belgium women gained political rights after the Second World War. In Switzerland, the only country where male citizens decided on fema- le suffrage by referendum, women acquired the vote in 1971.

The idea of dedicating a program to feminine humor took its cue from a broader project on rediscovering women’s contribution to silent film, going beyond the partial reconstruction provided by traditional historiography. Following the exciting in-depth look at women directors, screenwriters and producers of Italian silent films – Non solo dive. Pioniere del cinema italiano, held in Bologna 2-16 December 2007, promoted by Associazione Orlando, the Italian Women’s Library and University of Bologna’s Department of Music and Performing Arts, with financial support from the Italian Ministry for Cultural Heritage and Activities and in collaboration with the Cineteca di Bologna and Cineteca Nazionale, as part of the international project Women Film Pioneers – we decided to focus on another disregarded chapter of women’s film history. This time we are putting at center stage female comedians who today have mostly been forgotten but who filled European screens at the beginning of the 1910s; with their formidable modernity they brought a breath of fresh air into the stuffy repertory of stereotypes left over from the 1800s. Miles away from the decadent, languid divas, actresses like Lea Giunchi, Tilly and Sally, Léontine and Rosalie and many others dedicated themselves to undoing the eternal feminine with blows of unbridled physicality, creating a female figure that is vivacious and resourceful, able to earn a living, no longer confined to a world of housekeeping and sensuality, but athletic, intelligent and full of unexpected resources. Today it is perhaps difficult to fully appreciate the revolutionary nature of these films; at the time, however, women still did not have the right to vote. For this reason, it seems all the more fitting that the curator Mariann Lewinsky chose to finish off the program with a series of rare documents regard- ing the suffragette movement, a reflection, though much more real, of the demolishing force unleashed on the screen by all these formidable girls. We would like this to be an occasion for investigating what film has to tell us about women’s initiative and personal experience, and we are grateful to Il Cinema Ritrovato for giving us this first opportunity.