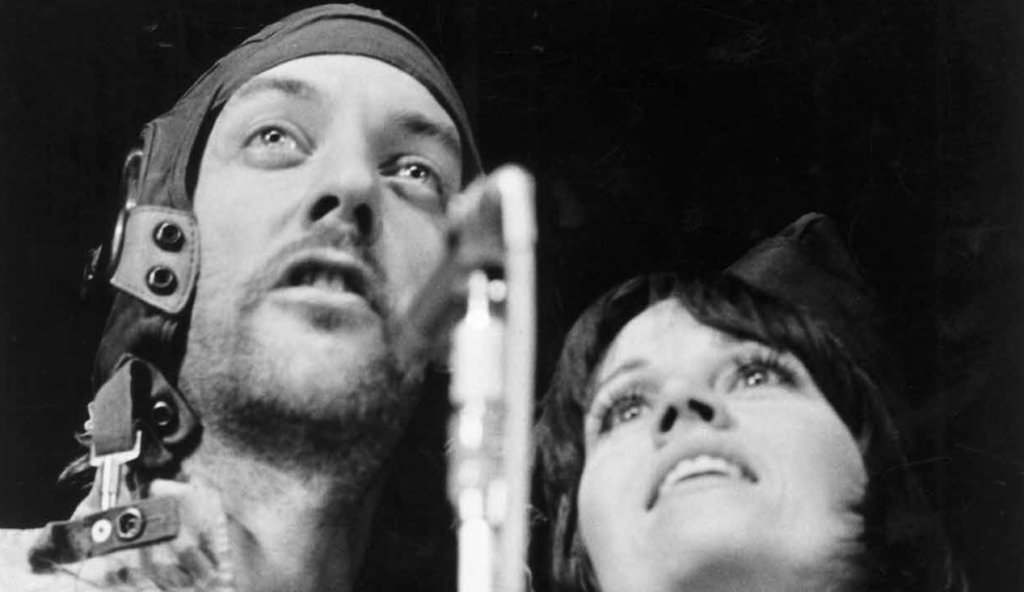 Every year, working on the selection of ‘ancient’ and modern films for this section I am overwhelmed by the beauty and courage of documentary cinema. What can you say, for example, about Sepa, which was made in 1987 by one of the producers of Fitzcarraldo, Walter Saxer, who had been bowled over by the Amazon forest, where he discovered the freest prison in the world. It is a film full of liberty and a utopian desire that leaps from the screen to overwhelm us inhabitants of an age that seems to have forgotten the meaning of the word utopia. How can you not be astonished by the vitality of FTA, a film that demonstrates how pacifism can be not only the right action, but also a brilliant one too. And how can you not be happy to discover that almost half the films we are presenting here were directed by women? Above all, after seeing the beautiful documentary I Am an Ox, I Am a Horse, I Am a Man, I Am a Woman, which Sally Potter dedicated to the women of Soviet cinema. One of the protagonists, Nana Gogoberidze, recounts that in order to pay her a compliment, male directors said “you have made a really masculine film”… In less than an hour, the portraits of Jane Birkin and Jane Fonda manage to give us the artistic and revolutionary dimensions of these women, who put their artistic careers at the frontline of battles for civil rights. The documentary on Isabelle Huppert leads us into the depths of an actress who distils her every performance. And the two medium-length films on Giuditta Rissone and Mara Blasetti make us understand how difficult it was for a woman to make cinema in Italy between fascism and the postwar years. No less significant are the portraits of Charles Aznavour, Tonino Delli Colli, Don Rugoff, Jia Zhang-ke, Jean-Pierre Melville and Volker Schlöndorff, each of which is the product of a complex process, a real battle between the directors of these documentaries and the protagonists of their films. Speer Goes to Hollywood, by the Israeli director and journalist Vanessa Lapa, is a lesson in how to turn the history of the 20th century into an extraordinary film using nothing but archival material. Thanks to Ehsan Khoshbakht, I discovered Cuadecuc, vampir by the immense Pere Portabella and The Negro Soldier. Even if Stuart Heisler had only made this film he would deserve to be remembered as one of the great Hollywood directors – of that Hollywood that stands in front of American society bears the ideals of renewal and of great civic values. Thanks to the work of Cinemazero, whose Gideon Bachmann archive is an endless source of precious testimony, this year we can see three interviews, with Liliana Cavani, with the Taviani brothers and with Fellini. Further confirmation that nobody portrayed the greats of Italian cinema like this journalist, this cineaste-anthropologist. On the other hand, in the category of impossible films I would like to insert Fellini degli spiriti by Anselma Dell’Olio, which managed to recount the other side of Fellini: Federico the artist of life, who nourished Federico the artist of the cinema.

Documents and Documentaries, Recovered and Restored

(In case of rain, the screening will take place at Cinema Arlecchino and Cinema Jolly)

Recovered and Restored, Documents and Documentaries

(In case of rain, the screenong will take place at Cinema Arlecchino and Cinema Jolly)

ONCE UPON A TIME… TONINO DELLI COLLI CINEMATOGRAPHER

ONCE UPON A TIME… TONINO DELLI COLLI CINEMATOGRAPHER

JIA ZHANG-KE. A GUY FROM FENYANG

JIA ZHANG-KE. A GUY FROM FENYANG