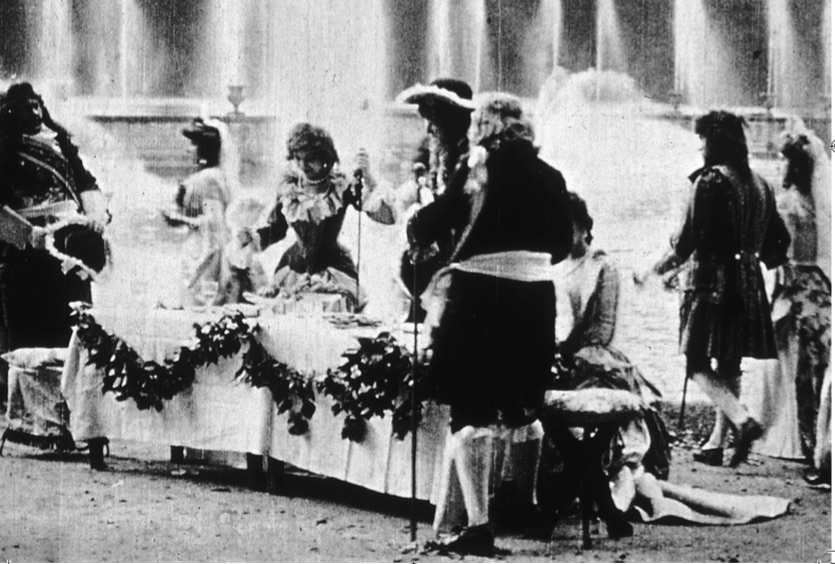 In 1995 we celebrated the centenary of cinema. It doesn’t really matter if 1895 was the year in which the cinema or a new apparatus called the Cinematograph was invented. What we wanted to celebrate was the start, Year 1. According to this dating method, 1904 would be cinema’s Year 10 .

It is an inconspicuous year in film history, a year that easily goes unnoticed and that for some mysterious reason seems to have left little trace. If you do research, time and time again, in catalogues, chronologies, and filmographies, between 1903 and 1905 you will find simply a blank gap! In the Bologna State Archives, the file containing documents from 1904 evidently went missing during World War II. But slowly, the particularities of this nondescript year emerged and thus its significance in the history of cinema: 1904 is a watershed, the pivotal year in which everything that went before had not yet disappeared and in which everything that was to come had already made its appearance. In this year, with the end of the Lumières’ film production, the era of the origins of cinema is drawing to a close, while its second phase, that of travelling shows and the French film export industry was already in the rise just before the great expansion. Travelling cinematograph shows reached their peak in 1908; in the same period, there was the rapid spread of permanent cinemas and the boom of the film industry in every major country. A portion of last year’s 1903 Cinema Ritrovato programme was devoted to the production of Méliès, particularly his own special genre, the vues à transformations which was neither declining nor rising in 1904 but in its prime. In the lists of films produced by Pathé (by far the largest production company at the time), the comic genre definitely dominates 1904; while melodrama and tragedy are numbering only 5 titles out of 150 in their sales catalogue that year.

In 2003 the Cinema Ritrovato introduced an annual section of the festival dedicated to the films of 100 years before. An attractive idea, but not as simple as it first seems, as there is no symmetry between today’s cinema and the cinema or films of the past. Cinema? Film? There was no such thing at the time, there was instead a projection show, an entertainment with no name but a variety of self-definitions (“Gigantic electric paintings”), and with modular units (“Splendid projection, divided into three parts and 35 pictures – 75,000 animated photographs”).

Tom Gunning’s definition of the origins of cinema as “a nomadic, protean form searching for an identity and able to become many different things to many different audiences” certainly fits 1904, the year that closes the period of the dawn of cinema. At the same time, a number of aspects of the future identity of the cinema were already fully developed. The structure of the programming in cinemas between 1908 and 1910 was substantially the one used by travelling showmen in 1904.

The aim of the five programmes in this year’s survey is to create a series of views on the projection show of 1904, to highlight a few aspects. It is an attempt of interpretation via mimesis, by means of the visual event, rather than the theoretical text or diegesis (narrative), to use for once these terms in their original Aristotelian meaning. In contrast to last year’s 1903 section, which had an Anglo-Saxon slant, this year’s programming focuses on the historical set-up of continental Europe, where French production played such a dominant role in the market. The choice of films however is not strictly limited to 1904. In the first place, the idea was to consider not only films produced in 1904, but also what was shown and seen that year. We then had to reckon with the problem of our material, the sources. Only a part of the films produced in 1904 (many of which were not shown before 1905-1906) and shown in 1904 (produced in 1902-1904) has survived. Only a part of the surviving material has been identified, dated, and preserved. Only a part of the preserved material is accessible, since in some archives it is not possible to consult the catalogue by year of production and therefore there is no way of tracking down films made in 1904 in these collections. Finally, some films attributed to 1904 are not from that year.

The Painting of the Tang period is studied in copies made in the Ming dynasty, as most of the originals are lost. We have taken the liberty of substituting a lost 1904 film with a later one with the same subject. In the period preceding 1909 the prints were screened for several years, exploiting their commercial life to the full and successful subjects were systematically reproduced and multiplied via remakes, plagiarism and imitations, and were permanently available. For example, views of the waterfalls of the Rhine appeared in sales catalogues and on cinema bills from 1896 to 1914, and perhaps even longer.

After all none of the films being shown are 1904 originals; they are all late copies, substitutes.
The final programme selection will be made after the festival catalogue has gone to press, in order to check the quality of the prints. What is the relationship between a poor black-and-white copy or a paper print and their originals in brilliant colors? In 1904 color was the attraction of the moment. Brightly colored luminous projection! Let’s hope for the best!