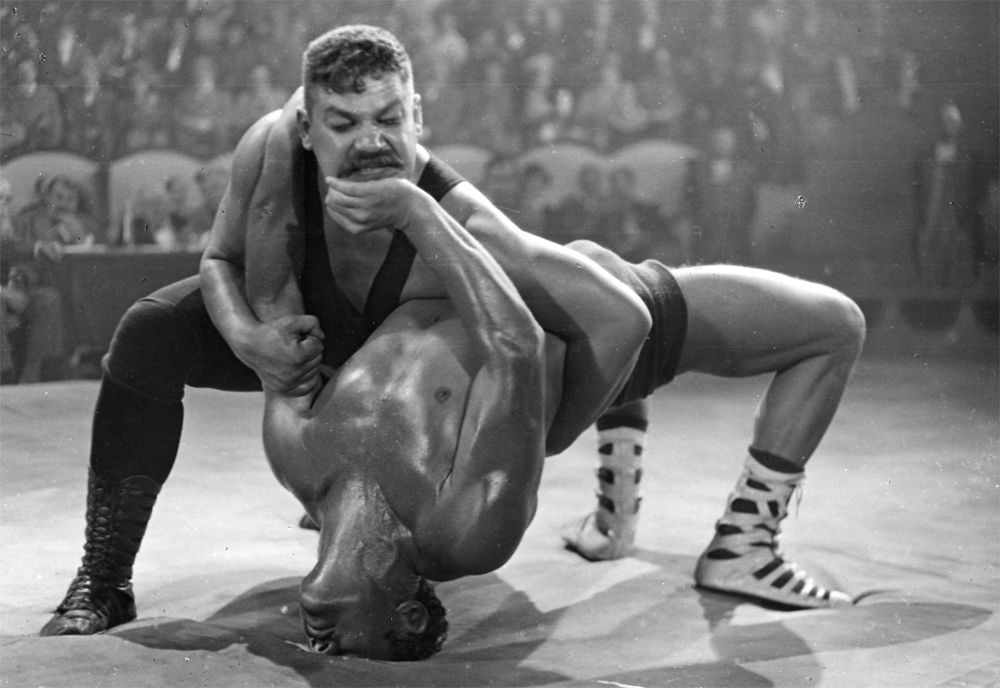 Muscovite by birth with British ancestry (his grandfather was an English craftsman who had moved to Russia in the middle of the 19th century), Barnet was a product of his times. Born in, Moscow in 1902, he grew up in and was inspired by the arts and historical events of the capital city immediately before and after the October Revolution. Curious, guided by instinct and with a knack for manual skills, Barnet went from the Moscow Art School to Stanislavsky’s First Studio, from the Red Army to the boxing ring, where he was noticed by Kulešov and then began working in film as an actor. The experience with Kulešov’s experimental group, the playing field of a whole generation actors and filmmakers, was decisive yet brief (although his friendship continued with his maestro and companions, many of whom would go on to play a part in his films). Playing the part of the bold cowboy Jeddy in Mister Vest, young Boris began showing the first signs of needing his own path, attracted by the infinite potential of the “raw” material that leads to a creative work. Barnet had more in common with Protazanov than with spirit of the avant-garde; with the support of the enterprising Mežrabpom studio, he found in cinematographic lyricism that drew from byt, everyday life, a form that suited his expressive freedom, which would become his own personal aesthetic transcending the genre of comedy and in the end would provide an overall unity to his journey as an artist. Barnet had an extreme passion for life’s spontaneous and authentic qualities and focused his attention on that part of humanity destined to be overshadowed by memorable deeds. His imagination was stirred by atmospheres, and he would delve into apparently insignificant details that in fact were subtly expressive of the individual and his relationship with life. This is the idea of reality that Barnet relies on, a search for truthfulness that underlies the mix of tragedy and comedy that animates his work in an astonishingly light-handed way. Barnet believes it is life itself that demonstrates how laughter can unify nuances conventionally considered incompatible. How the characters live their experiences takes shape in the “spaces” of everyday life and in the way the director observes and follows them. By doing so, Barnet imbues his films with life, substance, poetry and sincerity and creates a surface that delves into unexpected depths beyond words. Barnet’s innate resistance to being bound by form, his refusal to use satire and tipaž – stereotypical character constructions that dominated discussion about film for a long time – his choice of a mise-en scene that depended on actors’ expressions, long sequence shots and full shots all led him to naturally circumventing the montage conceived of and practiced in the 1920s, severing himself from the official genre divisions of the time and sealing the particular nature of his perspective. At a time of rigid, schematic classification, at home Barnet’s films faded into the background next to the work of “revolutionary” filmmakers and, unable to be categorized as the lighter entertainment genre, were defined off and on as having insufficient ideological import. In the final phase of Barnet’s career, his work was treated with total indifference while, in contrast, abroad it had piqued the interest of the French Nouvelle Vague.

And yet Barnet was adored by colleagues for his ability to always be himself, even by a person like Pudovkin, who dominated national cinema with his excessively official work.“Okraina […] was entirely conceived of and made against trends that seemed to be a kind of absolute ‘formula’” wrote Sergej Jutkevicˇ in 1935. Barnet, in fact, in dealing with the issues of individual destinies bound to the fate of humanity, easily resolves the dilemma of Soviet cinema of having to reconcile creative talent with predominant models of expression. The most evident quality of his films is the idea of experiencing historical events through the filter of regular individuals, characters delicately captured in their almost childlike spontaneity. With them Barnet creates the only possible reality for him: a reality made of small acts, of pursuing happiness as a right to one’s own unique existence, in which the hero is offered the opportunity to make a choice based on his nature and an internal need as opposed to a narrative convention.

For this first substantial Italian tribute to one of the most fascinating directors of film history, Il Cinema Ritrovato has chosen films – some familiar and others almost entirely unknown (made during the second world war) – that best demonstrate the expressive originality of Barnet’s aesthetic and especially the immediacy with which he approached film and life. If seen in the entirety of his production of twenty-three films, this approach emerges, by contrast, even from Barnet’s vain attempts to please the system. His total dedication, which manifested itself on the set through the engaging energy expressed especially by the actors, was not even undermined during the hard time he experienced during the post-war period, wandering from one production company to another. Barnet’s return to Mosfil’m and newfound inspiration of his last two films did not alleviate the tension between the director and the production company’s managers: his resignation letter was rapidly put to effect.

The 1960s were a crucial moment for the history of Soviet film and the country. Barnet seemed to no longer possess the internal strength to face not having a place and believe in himself. Deeply wounded, he took his life in 1965 in Riga where he had been assigned with a screenplay on the civil war. The rediscovery of his work began with the 1985 retrospective at the Locarno Film Festival and continues today.