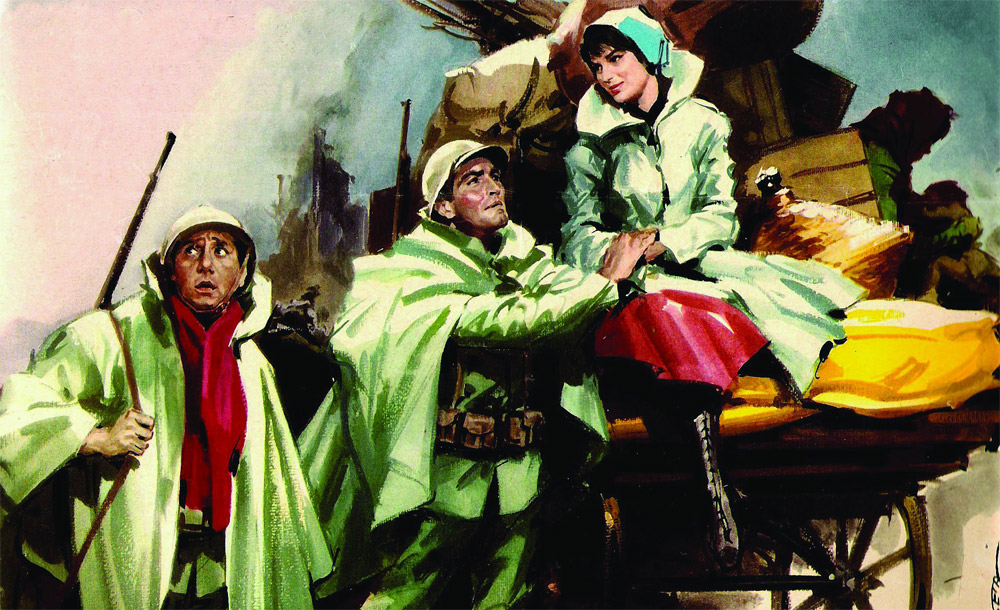 The huge screen of the Arlecchino cinema is a challenge: we must fill it with something special and, in the best case, with something that existed when the dreamscape of that specific screen was built. That was, of course, CinemaScope: the 50s wonder (and the mightiest effort ‘to save cinema’ from television). We’ve lingered a decade mostly with the American achievements (and very stubbornly in the three or four highly creative years before the relative stagnation of the format), so it is high time to take a look at European ‘scope’, under whatever name, given that widescreen systems varied on our continent (franscope, agascope, ovscope…). Admirable achievements from both Eastern and Western Europem will be screened. By east, we mean the Soviet Union and the socialist countries, which enriched the decade’s cinema to an unimaginable degree: it was a cartograph – yes, scope enlarged the secret levels – of things happening during socialism’s promises and destruction. The great idea and the sometimes less wonderful state of everyday life– ‘Realsozialismus’ – were both palpable on screen, making Polish, Czech, Hungarian, etc. films the best adventure stories of the decade. It breaks my heart that we cannot show any Polish films this time, but as compensation the series dedicated to Orwo includes several Czech scope films: Až prˇijde kocour, Ikárie XB 1, Limonádový Joe aneb Konˇ ská Opera e Údolí vcˇ el. We will show two splendid Soviet films: Ijul’skij Dožd’, one of the greatest ‘new wave’ Russian films, from Marlev Chuciev, and one of Vasilij Šukšin’s finest, Pecˇ ki-lavocˇ ki, examples of city streets (Chuciev) and the train (Šukšin) as only the scope format can project them. Along with these happy films, a Hungarian masterpiece, The Round-Up, is a merciless analysis of the machinery of terror that brought Miklós Jancsó into the front line of modern cinema. We present ‘the West’ with the same sense of amazement. No other Simenon adaptation is like Jean-Pierre Melville’s L’Aîné des Ferchaux; Mario Monicelli’s La grande guerra gave the war genre a revolutionary start; Alexander Mackendrick’s Sammy Going South is a great study of a child’s soul: all these cases –literature as intricate cinema, the epic and the intimate – became possible through a visionary use of the scope format.