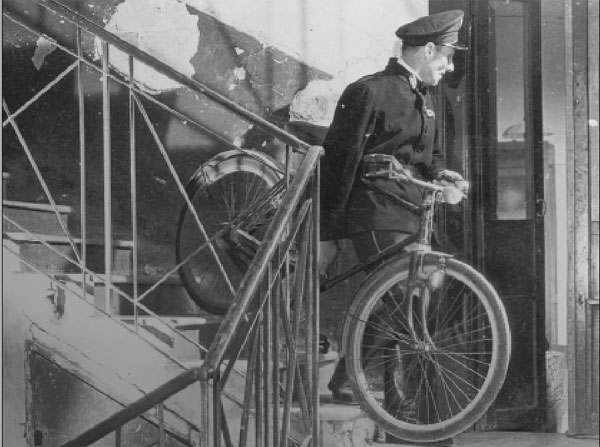 The same day that the allies landed in Naples, dramatic and variety theatres reopened. The cinemas, at least in Italy, had never closed, even in the most terrible days of the bombardments: people took shelter, but the moment the alarm ended, if the theatre had not been blown up, the show recommenced. Even more than during the war, with the end of the conflict, despite the mourning, the need to return to life espressed itself in the consumption of films (especially American, after long abstinence) and in the physical frenzy of dance. For a brief arc or years, the wind of democracy and liberty blew fiercely, giving voice to the best and the worst and to the uncertanty of a country deprived of dictatorship, war, German occupation, civil war, a country in which political passions were expressed with few restraints. Everything could be openly discussed, finally, and the cinema did so more impetuously than any other art, despite the difficulties of production. Then everything seemed to reform around the politico-cultural poles of the “Cold War” (and the “historical compromise” of a less disturbing, more reassuring and optimistic neorealism), but for the moment many flowers were blooming, strange and free, between old and new, beautiful and ugly, on the soil of a transitory liberty to say what one pleased, to speak of Italy with a view not yet conditioned by the dominant new ideology. Or conditioned, but still with a broad arc of positions. And the experience of the common man (or “anyone”) to supply a variety of stories that were all part of History, with little respect for canonical interpretations, and giving space to all the contradictions of the time. Alongside works that were justly ambitious for an explosive and many-faceted neorealism (Roma città aperta and Paisà, Sciuscià, Senza pietà, Vivere in pace, Fuga in Francia, Gioventù perduta, then later Ladri di biciclette, La terra trema, Riso amaro…) were films significant of a diversion – of the difficulty of finding a way – which have been unjustly forgotton and underrated. Some of these make up part of this retrospective, others have been seen in Venice in the last two festivals; a “cinema ritrovato” that is surprising and instructive for the diversity of its regard and for its adhesion to a tormented era, in which the rational of the “grey zone” was dominant.