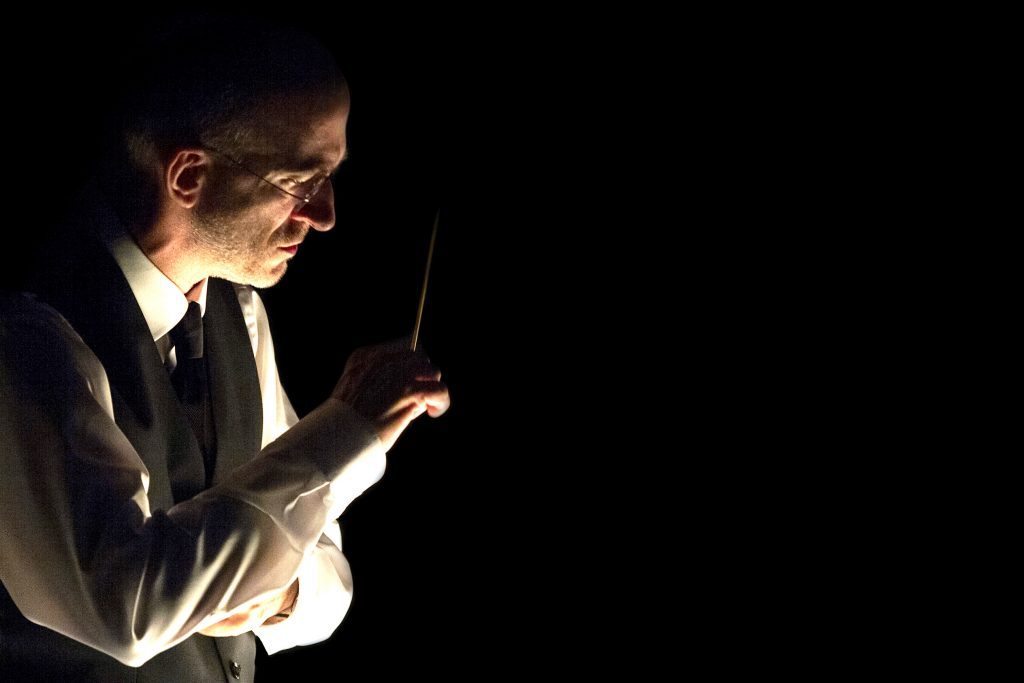 For the 33rd edition of Il Cinema Ritrovato festival we decided to ask a few questions to the Maestro Timothy Brock who is one of our most precious collaborator.

[go to the Italian version]

How did your passion for silent movies begin?

The first time I saw a silent film I was nine years old and I saw a poster in my own town in Seattle where there was going to show silent films all day long with an organist playing the Wurlitzer organ. I didn’t know anything about film at all, so I went because I heard there it was an organ, a great Wurlitzer organ, and that is why I went, because I heard about that magnificent instrument. So I went and I saw this man, who later in life I became friends with, called Andy Crow, who played this silent films all day. He played Metropolis, Nosferatu, Buster Keaton’s Steamboat Bill Jr. and Cops all in one day and I just went crazy for it, I just thought it was fantastic. I listened to the organ which it was magnificent because it came up in this beautiful ground way. I was, you know, taken by that and then the film started with this gigantic screen and I was just three rows back and I was taken with it. And I went home to my mom and I said: “I wanted to write music for old films” and she said: “What do you mean? I mean there’s already music on it, why would you want to write music for these films? These films had no talking at all! There were just words [on screen].”. She’s been worried about my career ever since then and she still is! So, that’s how it started for me, when I was a child, and I started renting films from the library and learned how to run a projector myself and started playing piano at my local church.

How do you manage and change musical scores practically?

It’s a much longer process than actually composing a new one because you are responsible for making sure that the music sounds precisely how the director had heard it at the time and being the musical associate – so to speak – for the Chaplin family it’s my job to make sure that the scores are being created in the way that came as close to how Charlie would have heard it in the time of its recording. Every film score that Charlie ever wrote he recorded [as well] so we’ve got that kind of document already to help to do that. It’s very painstaking mostly in the restoration of the players’ parts more than the score because Charlie would write the score and then he’d go into the studio and then he’d make changes all the time, on the fly, as he did as a director he used the same way as a composer: he tried something he didn’t like and he tried something different ‘till he was just right. The closest document we have to restore a film score is the players’ individual parts, that’s why it takes so long, so, like in the case of Modern Times, it took me a year and a half to do a ninety minutes film score. So I would have watched the piccolo part for ten seconds of music and see if I was correct in what I could hear and what the player would write in his hand and then I go to the flute and then I go to the oboe and then I go to the clarinet, etc. all the way down the line until I have more than ten seconds to restore so, those ten seconds would take me about a day to restore.

In which way do you link, as a composer, musical and comic moments and the movie editing?

As a composer it’s your job to be able to watch the film in the proper way. In modern films’ score you have a thing that is called spotting when you sit down with the director and he says: “We need music here, for this long …”. Well, I only worked with directors that were dead! Therefore, I have to presume how I would think the music would work there, as a composer and as a director. It’s a matter of watching the film several times, silently, and then starting from one scene to another, just taking a part and checking out the rhythm of the editing and trying to figure out the musical tempo of each scene and composing for that moment, but it is easier to come up with those ideas in your brain if you know how a silent director works.

Can you tell me about your musical work on Frank Borzage‘s movie Seventh Heaven?

Seventh Heaven was commissioned by the Orchestre Pylarmonique de Radio France and by Cineteca of Bologna. That’s a film that I’ve heard about from a good friend of mine, the historian Theodore Van Houten. This is about fifteen years ago he told me this, so when I’ve never seen it, he said: “This would be a perfect film for you.”. And I said: “Oh, sure, sure, sure”. And then I saw it and he was right because it had all the elements that I love, it was closely related to that period in Fox where he [Frank Borzage] was making that film alongside Sunrise, next to Murnau, and it has a very similar sort of dark quality, which I really like, pure american fantasy, which I rarely got to do american films, except for Keaton and it just had quite a bit of humor in it, quite a bit of drama and it was a really great experience for me. And when we did it here last year we had a wonderful turnout: unfortunately it rained that night so we had to do it in the Teatro Comunale, but it was a wonderful experience. When we did it in France, in Paris, it was also a great turnout as well I was just very pleased with it.

What are the differences in Buster Keaton’s comicality and Charlie Chaplin’s one the musical level?

Well, they are actually more similar than they are different, but they are uniquely similar in their own field because I think it all has to do with editing and the timing of the editing: there’s a real rhythm to the way Chaplin’s film are made and Keaton’s film are made. Chaplin, of course, filmed a lot with a live little orchestrina on stage with him, I don’t think Keaton did that but he certainly edited in a musical way. They are so easily identifiable in terms of rhythm and colour when you look at them silently. Some better than others: certainly Steamboat Bill Jr., The General, those films that are very much edited and created in a great musical way and all of Chaplin’s films are in that way and that’s why he could write music for them. But [if] you look at Harold Lloyd films as well, I can’t figure those out at all, musically. I mean, it’s much more difficult to do Laurel and Hardy or Harry Langdon, something like that, than other silent films comedians. The rhythm there is not merely as apparent as it is in Keaton and Chaplin.

What’s the film you preferred work for?

It’s too difficult! I’ll tell you, one of my favourite films that I’ve wrote for – and I’ve only done once – and it’s probably my favourite, is Il Fu Mattia Pascal, which I wrote for the Cineteca of Bologna and I just fell in love with that film and the music really shifts. Unfortunately it’s three hours long and it’s very difficult to get orchestras to tune scores for three hours long, it’s hard to get that one programmed outside the film festivals, not like here, where they can do something like that – no problem. I think it’s one of the best things I’ve ever done for films in my opinion.