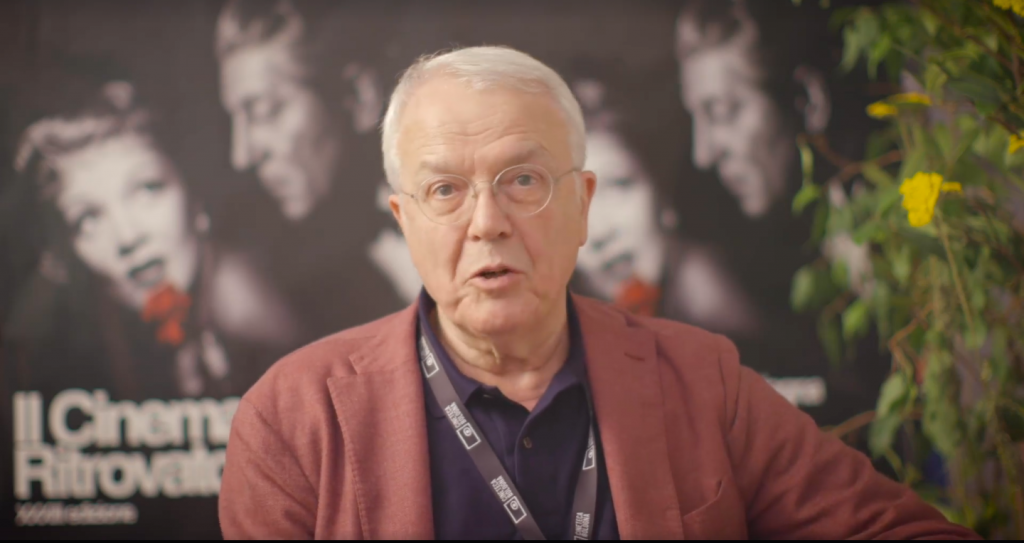 A column by the film critic Paolo Mereghetti who will present his personal highlights every day, with the festival’s program in hand. It is to be trusted! Watch the video: For convenience, we would like to underscore all of Mereghetti’s personal highlights with a link to the film synopsis of each film.
• at 9.00, Cinema Arlecchino: MOULINE ROUGE by John Huston
• at 11.00, Auditorium – DAMSLab: DVD AWARDS IL CINEMA RITROVATO 2019
• at 2.30 PM, Sala Scorsese: GORYEOJANG by Kim Ki-young
• at 4.15 PM, Cinema Arlecchino: L’ÂGE D’OR by Luis Buñuel
• at 6.30 PM, Teatro Auditorium Manzoni: CONVERSAZIONE CON FRANCIS FORD COPPOLA
• at 21.45, Cinema Jolly: QUICK MILLIONS by Rowland Brown
• at 21.45, THE CIRCUS by Charles Chaplin