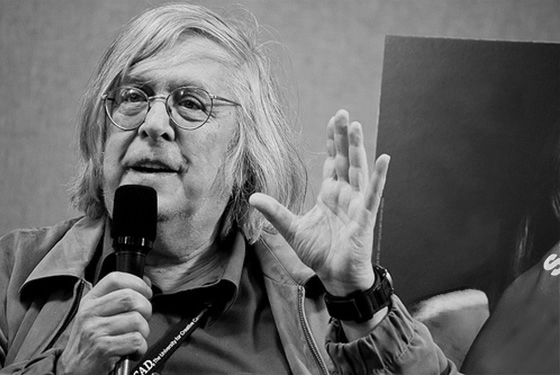 Jonathan Rosenbaum is an American film critic. He has published and edited various books about the history of cinema and has contributed to some of the world’s most notable film publications, including Cahiers du cinéma and Film Comment. He was the head film critic for the Chicago Reader from 1987 to 2008 and he is currently working as a free-lance writer and blogger on his website. Among his most recent books are Essential Cinema (2004), Discovering Orson Welles (2007) and Goodbye Cinema, Hello Cinephilia (2010).

This year as well you will be a juror for Il Cinema Ritrovato DVD Awards. In your perspective, what is the aim of this prize and what makes it important?

In the past, the preservation and regulation of film culture and film history were left almost entirely in the hands of a few individuals (critics, teachers, archivists, curators) in a few large cities, such as Paris, New York, London, Rome, and Tokyo, and cinephiles needed to live in or visit those cities in order to “keep up” with the latest developments. The dissemination of that culture and history via DVDs and Blu-rays is a complex development and an imperfect one, especially when it comes to preservation and exhibition. But it has the advantage of making this material available to many more people around the world who don’t have access to those cities. And the pedagogical possibilities of DVD “extras” are enormous. Il Cinema Ritrovato DVD Awards are an attempt to draw attention to the most significant cultural and historical contributions.

Obviously, the members of the jury are at the mercy of (1) the producers and distributors who are willing to send us copies of their releases, and (2) a preselection committee that chooses the possible candidates. As a rule, our procedure is to determine first which releases are most worthy of our attention and then decide which categories best represent the reasons for our choices – which is to say that our choice of which releases to honor is our primary concern.

What do you think about the present and future of video-distribution specialized in classic films?

Ideally, the present and future of digital publishing in classic cinema depends on an informed critical perspective, which is what we attempt to bring to our job as jurors. From this standpoint, more juries around the world composed of informed critics, historians, and archivists are needed to keep the public informed about the quality and conditions of the various releases. It seems unfortunate that the DVD Jury at Il Cinema Ritrovato doesn’t yet appear to have many counterparts at other festivals and in other institutions, for many more of these are needed.