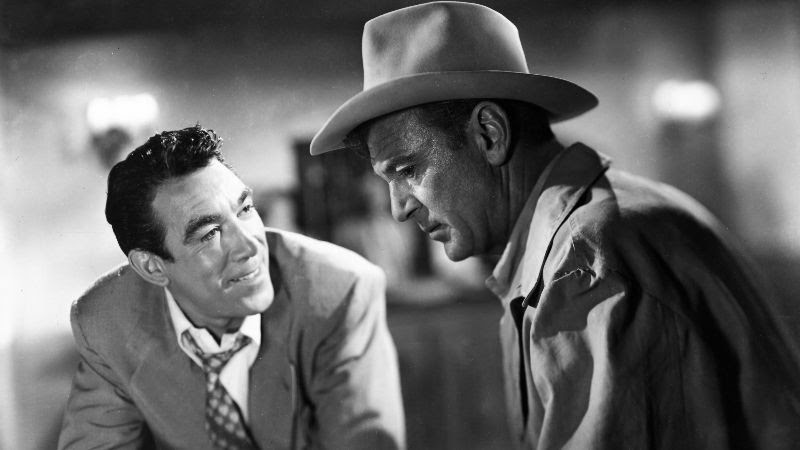 As swiftly as some directors changed studios, the Argentinian Hugo Fregonese (1908-87),  to whom this year’s festival dedicates the section The Drifter’s Escape: Hugo Fregonese, changed countries. His rootlessness and restlessness is frequently reflected in his protagonists – isolated individuals who are either voluntarily on the move or who have been forced into exile and eternal wandering.

Fregonese saw the dramatic potential of a weak or flawed male character, especially by contrast with a gentle, patiently loving woman who offers the hero a chance to abandon his nervous wanderings and settle down. Most of the time the romantic interlude proves only a brief respite, or a possibility that remains poignantly unfulfilled. For Fregonese, as his life and films attest, the only real imperative was to keep moving, right to the end. 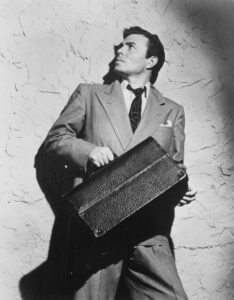 Among these fascinating antihero there is, for instance, the main character of One Way Street (USA/1950), Frank Matson (played by James Mason), a shady physician who takes off with a bag full of stolen money and the girlfriend of a gang leader, hiding out with her in Mexico. Matson carries identical leather handbags, one containing his medical tools and the other the stolen money, representing his existentialist choice between two ways of life. Cinical and violent, he could be redempted but the destiny will get the better of him. “For no matter the tears that may be wept, the appointment will be kept”, the film’s opening title card bluntly announces.

In Saddle Tramp (USA/1950) Joel McCrea plays Chuck Conner, a good-natured and gentle cowboy who suddenly has to take care of four children. The film belongs to a small cycle of westerns in which the cowboy’s time in the blissful presence of children chimes with the end of the frontier and the beginning of settlement (3 Godfathers, Bad Bascomb). But Fregonese gives this familiar theme an extra depth, as well as a twist: by showing the children to be as infatuated by the myth of the wanderer as the cowboy is himself. It’s up to the cowboy, in what amounts to an act of self-sacrifice, to bring the children to their senses by rejecting the only way of life he knows.

In Apache Drums (USA/1951), the fast-talking gambler and gunman Sam Leeds (Stephen McNally), after being kicked out of a mining town in the New Mexico desert that is on the verge of becoming respectable, comes across the bodies of the dance hall girls massacred by a band of Apache warriors. He reluctantly returns to town to warn the residents of the impending threat. Even when convention requires Sam to become a hero and lead the townspeople to safety, Fregonese continues to emphasize his weakness and vanity – he’s far more interested in looking like a hero than in actually becoming one, and his flamboyance and impulsiveness leads to disaster. 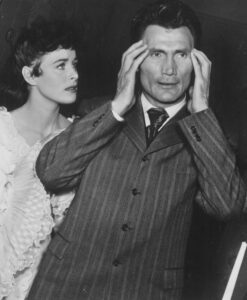 In Man in the Attic (USA/1953) Fregonese adapt the novel The Lodger (1913) by Marie Belloc Lowndes, that was also the source material for Alfred Hitchcock’s 1926 breakthrough of the same name. Played with tortured pathos by Jack Palance, Fregonese’s take on pathologist-turned-murderer Slade is heavily Freudian, fatalist and self-conscious. The eloquent, well-mannered criminal is well aware of the mother complex that lies behind his compulsion to kill women who resemble her. “In reality there are no criminals,” Slade proclaims, “there are only people doing what they must do because they are who they are.”

The main character of The Raid (USA/1954) is the pensive confederate major Neal Benton (Van Heflin), who infiltrated the local citizenry with his men in preparation for a daring guerilla attack on the local bank. Heflin, whose surly interiority often seemed an early manifestation of Method-style acting in Hollywood, delivers a performance of studied ambiguity, his character’s lust for vengeance battling with his affection for the widow, her son, and the quiet life they represent. The temptation of domesticity has perhaps never been so strong in a Fregonese film.

Programme and notes of this section are curated by Dave Kehr and Ehsan Khoshbakht
In the photos: Blowing Wild (1953), One Way Street (1950) and Man in the Attic (1953)

The 36th edition of Il Cinema Ritrovato will take place in Bologna
from june 25th to July 3rd 2022. Buy your pass now!