Considered one of the most important poster artists in the history of American cinema, Silvano Campeggi, known as Nano, worked for the most important Hollywood majors present in Italy after the Second World War. Those were the years of reconstruction and the gaudy, colour posters that covered the rubble were among the only beautiful things you could see, an invitation to hope and to start dreaming again.
Nano moved into the world of graphic design at a young age, thanks to his father Astolfo, a typographer and compositor for the Bemporad publishing house. There, he discovered printing techniques and typographic characters and learned how to draw faces and choose colours. He was a talented artist and the first person to become aware of his potential was Ottone Rosai, whose became his teacher and sent him to study illustration at the Scuola d’Arte in Porta Romana, Florence. It was a fortuitous encounter that forever left its mark on his style, which was free, innovative, synthetic, essential, intuitive and daring. He started painting, illustrating books and newspapers, and specialising in graphic technique at the Zincografica Fiorentina, which would later print many of his film posters.
After a brief time in Milan, where he spent time with the illustrator Luigi Boccasile, he moved to Rome. In 1946 he began painting for the cinema at the studio of the poster artist Luigi Martinati. For about 20 years, he dedicated himself completely to this activity, signing posters for over 3,000 films, including Gone with the Wind, Ben Hur, Casablanca, Singin’ in the Rain, West Side Story and Breakfast at Tiffany’s. Between the 50s and 60s, he became known as the artist to the stars, realising thousands of portraits, including famous ones for Humphrey Bogart, Vivien Leigh, Audrey Hepburn, John Wayne, Sophia Loren, Marlon Brando, Rita Hayworth, Clark Gable and Marilyn Monroe.
From the 60s on, when the old art of film painters was in crisis as a result of rapid technological and cultural changes surrounding film promotion, Nano instead dedicated himself to illustration, portraits and, above all, painting. His work is conserved in the family archives, maintained by the woman with whom he shared his intense life and who made this exhibition possible. 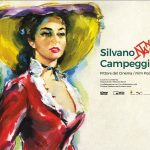 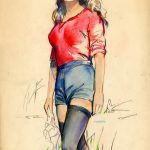 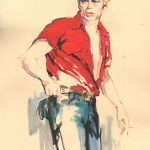 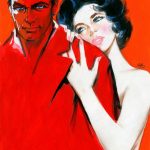 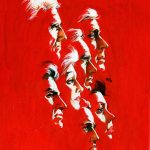