Only now that our cities are not lit up by film posters anymore, do we realize how much film poster artists were close to the Seventh Art: they were asked to represent a film, a story, an atmosphere, its characters, a time period, everything with now drawing only. In France and Italy this art form was extremely flourishing and was preserved also thanks to some passionate, brilliant collectors. We would like to pay tribute to two of them: Maurizio Baroni, collector and historian of this art form; and Bernard Martinand, programmer, MacMahoniste and film archivist.

I have loved the Cinema ever since I was a child.

Film posters have always fascinated me. They hinted to me the plot of the film I was about to see.

For that reason, I once decided to take down that “plot” from the wall and bring it home with me. From that moment, the desire to have more and more of them led me to perpetrate the “collection “. It was the intervention of my father that finally made legal my collection (a peculiar one for a child of 11); over the years he encouraged me to study cinematographic advertising and graphic art.

More than 25,000 film posters, signed by the most famous Italian poster artists, have been handed over to the Cineteca di Bologna, many of which are also signed by great directors, actors and musicians.

Collecting is a benign disease from which you never want to be cured, because every new acquisitìon is like the first.

I have always enjoyed collecting film posters. I’ve loved them ever since I took my very first steps in the profession, running errands for Fred Orain, the producer of Jour de Fete. He gave me a present of a 60 x 80 cm film poster painted by René Péron (one of the greatest poster artists at that time), in which the fact that the film was shot in Thomson Color is mentioned. This technical process proved to be difficult to handle with regards commercial screenings, so much so that the film was distributed in black and white.

One day, Langlois told me that I had film in my blood, and one could say the same thing about paper.

I absolutely love film posters and what they represent, as a means of advertising but above all as works of art. The artists responsible for them were forced to work at a fast pace and were at the mercy of the requirements of distributors, passìng from a French film to an American film, or films from other countries. They dìd not enjoy the recognition and respect they deserved, and that’s why I enjoy presenting their treasures.

Today, the film poster has lost its importance in the promotion of films, and is destined to disappear in the near future. 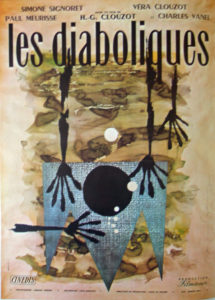 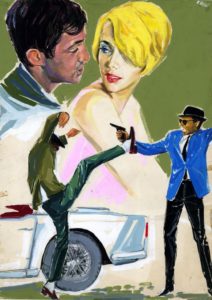 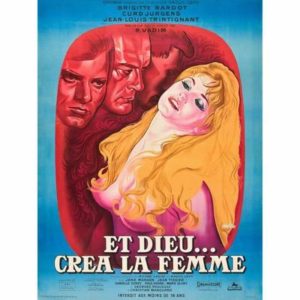