Alfredo Capitani (1895-1985) is one of the great painters who, at the beginning of the Twentieth century, kick-started the art of cinema publicity. His work combined a sparse yet confident style with a strong chromatic impact and was very innovative in terms of its formal synthesis. He began as a general assistant at Cines when he was still very young, during the time of cinema pioneers like Enrico Guazzoni and Filoteo Alberini. He graduated in set design from the English Academy of Fine Arts in Rome and immediately began working in advertising as a graphic designer and in the theatre as a set designer and film projectionist. In the Twenties, he founded the advertising agency Maralca with Luigi Martinati, but it was only after the arrival of Anselmo Ballester that the three men launched the more famous BCM. The company, with a name based on their initials, dominated the Italian market for over two decades and also operated in the United States, contributing to the establishment of the role of the poster-artist. BCM’s work was greatly appreciated by the public and the major Italian and American production companies (Cines, Caesar, Tespi Film, Cosmopolis, Bossoli, Medusa, Titanus, Fox, Paramount, Columbia) commissioned the three artists to produce the whole gamut of different types of publicity material for their films. In the Thirties, Capitani married Paola Francioli but she passes away prematurely and he moved to the S. Giovanni district in Rome. Here is were he achieves all his subsequent works for the cinema (the most famous of which being for Moby Dick, Gilda, Dead Reckoning, My Darling Clementine, The Story of Esther Costello). Then, in the early 1960s, he decided to dedicate himself exclusively to painting, although without ever exhibiting or selling anything.
His work is still conserved in the family’s archive, which has been maintained by his heirs. 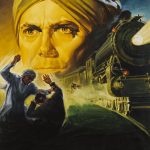 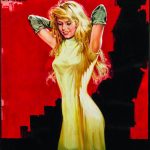 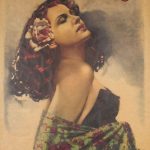 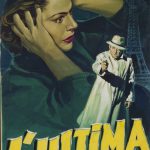