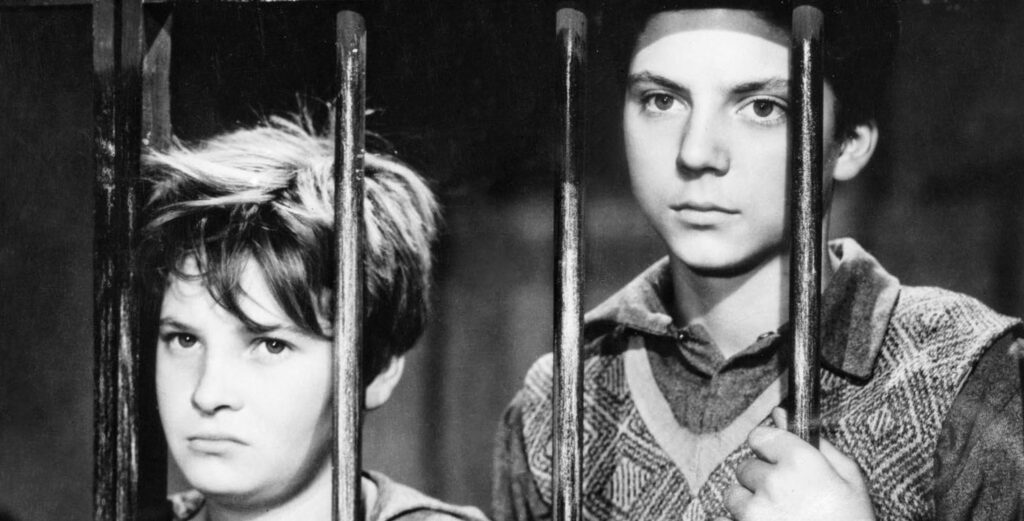 The 75th edition of the Cannes Film Festival is now in full swing, with a rich program of highly anticipated previews, renowned international guests and important recovered images from the past. We are pleased to confirm that this year, several of the Cannes titles will be shown on the big screen in Bologna during Il Cinema Ritrovato.

Starting with three unmissable restorations made possible at the Immagine Ritrovata Laboratories which had their world premiere in the Cannes Classic section. 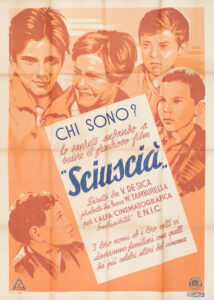 Sciuscià, a neorealist masterpiece directed in 1946 by Vittorio De Sica, was the first film in the history of the Academy to win the Academy Award for Best Foreign Film in 1947 (which used to be the “Honorary Award”), and will be presented as part of the Rediscovered and Restored section. Cineteca di Bologna has added a new chapter to its multi-year work on the films by Vittorio De Sica (Bicycle Thieves, Miracle in Milan and Marriage Italian Style, all presented over the years at the Cannes Film Festival, whilst Umberto D. was presented at the Venice Film Festival). The restoration of Sciuscià has been carried out by The Film Foundation and Fondazione Cineteca di Bologna, in collaboration with Orium S.A., at the Immagine Ritrovata Laboratories, with the support of the Hobson/Lucas Family Foundation.

Another film among the Rediscovered and Restored is La Maman et la putain (France/1973) by Jean Eustache. “The film managed to mark a precise historical moment like few others, demonstrating a definitive expression of Western culture’s retreat after the 1960s” (Jonathan Rosenbaum). The 4K digital restoration has been carried out by Les Films du Losange, with the support of the CNC and the participation of Cinémathèque Suisse. The image restoration was ensured by the Immagine Ritrovata Laboratories, under the supervision of Jacques Besse and Boris Eustache. The sound restoration was provided by Léon Rousseau of L.E. Diapason. 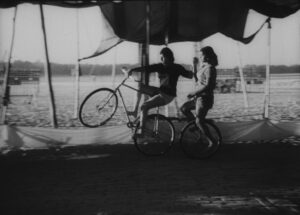 The third restoration of Cannes Classic scheduled to be shown at Cinema Ritrovato in the Cinemalibero section is Thamp̄ (1978), a cinematographic masterpiece directed by Aravindan Govindan, a central figure in Indian independent cinema. Thamp̄ was filmed without a script, mixing together actors and villagers where the filming took place. Restored by Film Heritage Foundation, World Cinema Project by The Film Foundation, Cineteca di Bologna at Prasad Corporation Pvt. Ltd.’s Post – Studios, Chennai and Immagine Ritrovata, in association with General Pictures, National Film Archive of India and Aravindan Govindan’s family. Funded by Prasad Corporation Pvt. Ltd. and Film Heritage Foundation.

Another restoration from Cannes Classic (this time by Warner Bros.), which will be shown as part of the Rediscovered and Restored of Il Cinema Ritrovato 2022, is Singin’ in the Rain (1952) by Gene Kelly and Stanley Donen. The film comes alive with technicolour to be shown on the big screen in the year of its 70th anniversary. Hollywood, 1927. When sound arrives on our screens, a silent movie star has to run for cover. Too bad his on-screen partner has a tremendous voice… “It’s truly a film of spectacular arrangements: from Stanley Donen and Gene Kelly, to the terrific pair of screenwriters like Betty Comden and Adolph Green, to an extraordinarily talented producer like Arthur Freed. The team that delivered the American musical to eternity” (pcris). 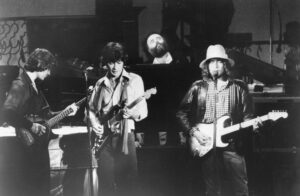 In Documents and Documentaries we will admire the Criterion restoration of The Last Waltz, a 1978 rockumentary directed by Martin Scorsese that recounts the farewell concert of the group called The Band before its dissolution (a masterpiece that intertwines interviews and behind the scenes footage with extraordinary musical performances and special guests who joined them on stage, including Eric Clapton, Bob Dylan, Joni Mitchell, Ringo Starr and many others), as well as Jane Campion – La femme cinéma (2022) by Julie Bertoncelli, a piece dedicated to the New Zealand director’s career. A director who has recently been awarded an Oscar and was a former guest during the XXXIII edition of Cinema Ritrovato, where she held a masterclass.

However, the link between Cannes and Cinema Ritrovato does not end here. When Cannes can’t come to Bologna, Bologna goes to Cannes; in addition to the films that will be presented at the festival, there are several other films, scheduled to be shown as part of Cannes Classic, which were restored thanks to the Immagine Ritrovata Laboratories: The Trial (1962) by Orson Welles, If I Were a Spy… (1967) by Bertrand Blier and Itim (1976) by Mike De Leon.