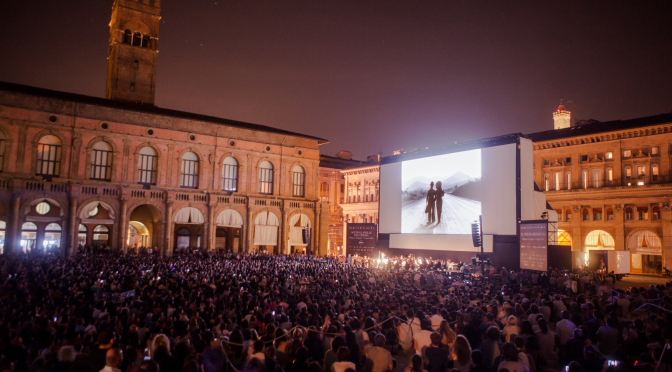 “A few years back, when the world may not have been young but this blog certainly was, and I had begun to hit the silent film festival trail, I received some alarming advice from Neil Brand. «What you really want to do as well,» he said, «is to go to Bologna. The weather’s great, the food’s amazing – and there are even talkies, too.»
Well two out of three ain’t bad. By Bologna, Neil meant Il Cinema Ritrovato, a festival of archive cinema that takes place every summer. Ritrovato means something like rediscovered. So, fittingly this festival shows rediscovered films, but also rarely seen films, films on rare formats and vintage prints, and newly restored films too. Largely, anything more than thirty years old qualifies for the festival, which gives it a giant scope.
[…]
Are you pondering a trip to Bologna this summer? I know some Silent London readers are Ritrovato regulars, but for those who haven’t had the pleasure yet, here are some hints and tips for getting the most out of the festival (without breaking the bank)”.