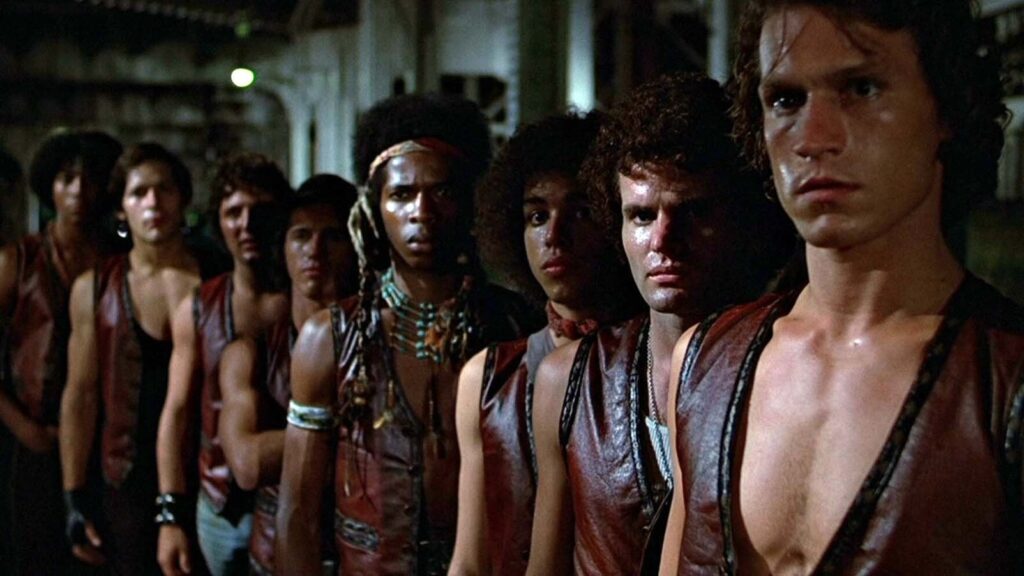 Il Cinema Ritrovato is back, and all in person. Cinema may be the child of the era of technical reproduction, but a festival is an irreproducible experience and Il Cinema Ritrovato is back live between the end of June and the beginning of July, in the company of and thanks to the many people who will be present at the screenings. There are only a few days left before the official opening on Saturday 25 June, but from yesterday, Sunday 19 June, we already started to rediscover the pleasure and enjoyment of watching film in the company of others, with the first of a series of screenings that will take place in Piazza Maggiore and at Lumière and Arlecchino cinemas.

Who better to light up the first of many evenings of cinema beneath the stars in Piazza Maggiore than Charlie Chaplin in The Great Dictator. It is the story of mistaken identity between a lowly Jewish barber and a ruthless tyrant, and it is one of the great pacifist masterpieces of cinema. In the ever lucid words of Peter von Bagh, it is a film that has become “like a photo album of one of the greatest tragedies of the 20th century”. 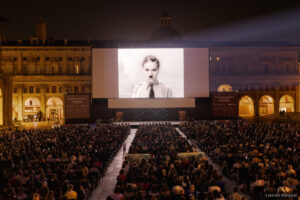 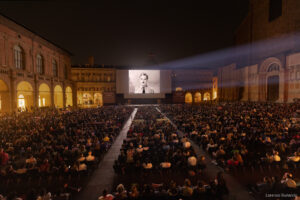 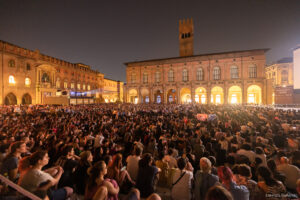 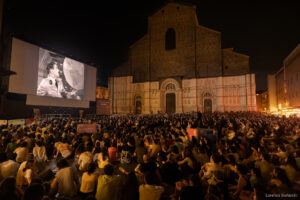 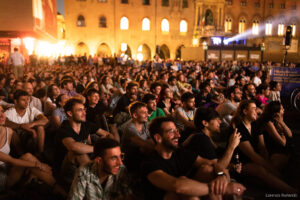 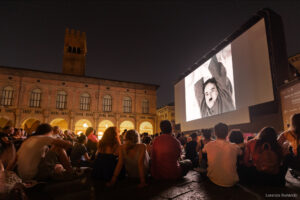 Tonight the director Walter Hill will be in Piazza Maggiore, instead, and he will present one of his cult films, The Warriors, a tough urban thriller (inspired by Xenophon’s Anabasis) about an explosive gang fight in the labyrinth of a violent New York night in the late 1970s, followed on tueasday 21st by the celebration of the centenary of the birth of Pier Paolo Pasolini with the concert Potentissima signora: concerto per Laura Betti e Pier Paolo Pasolini ad the screening of La ricotta, the segment directed by Pasolini for the film RoGoPaG, which recounts the tragic-comic calvary of a poor film extra on the set of the Passion of Jesus (directed by Orson Welles). Wednesday 22nd we will be able to admire Peter Lorre in M by Fritz Lang, the film that made him a household name, crystallising his face in the collective consciousness. 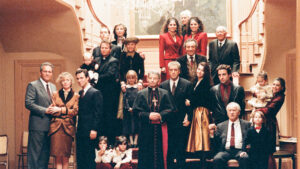 Some works are a paradise of stars, such as The Godfather saga, where Marlon Brando, Al Pacino and Robert De Niro all compete to be, simply, the best. Over two days, you can see the entire trilogy: “the most passionately felt epic ever made in America” (Pauline Kael). Screenings of the first two episodes at Cinema Arlecchino will be followed on Thursday 23 in Piazza Maggiore by Francis Ford Coppola’s new version of Part III, renamed Mario Puzo’s The Godfather, Coda: The Death of Michael Corleone. It features a different beginning and ending, as well as a new edit which, according to the director, gives the film “a new life, and provides an entirely new experience, almost a disclosure of the meaning of the previous two films.”

Friday, 24th June is a day with some big names. First, there are three auteur documentaries, introduced by Gian Luca Farinelli at 6pm at Cinema Lumière: two miraculous rediscovered shorts (including a surprising Pasolini in New York!) by Agnès Varda, the mistress of betrayal between documentary and fiction; along with Chambre 666 from 1982, in which Wim Wenders reflects on “the death of the language of cinema as it relates to film”, discussing the topic in a hotel room in Cannes with illustrious colleagues such as Godard, Fassbinder, Herzog and Antonioni. In Piazza Maggiore, we will celebrate the centenary of the birth of Francesco Rosi with his film of the opera Carmen, which has regained its original splendour thanks to the recent restoration by Gaumont. Introduced by Nicolas Seydoux.

All the screening from 19th to 24th june included are free entry subject to seat availability.