At the cinema photographs are taken in the dark, and therefore they take time. The time of suspended disbelief that envelops the viewer, immersing them in the ritual of collective vision. Sunken into deep obscurity, they allow themselves to participate in the game of identification, becoming accomplices and protagonists in the great show.
Over the years, Piazza Maggiore has become the ‘square of cinema’. A place of worship filled each year by more than 200,000 people, of every age, ethnicity and social background. A paradise for cinema lovers and a destination of international pilgrimage, where each summer evening sees the wonder of the seventh art, its history and its constantly evolving future, take centre stage. Countless emotions blend seamlessly into the viewing experience, from the moving tears of Battleship Potemkin to the timeless laughter of Charlie Chaplin’s comedies, the romance of Gone with the Wind or the horror of war in Apocalypse Now.
For the last decade, in collaboration with Cineteca di Bologna, I have had the great privilege of photographing all of this. Every year, by the light of the projectors, I rediscover the faces gazing upwards, the mouths open in amazement, the hands covering eyes… every year, through the lens of my camera, I experience that unrepeatable magic and get to capture the in- finitely variable expressions on the faces of the audience at the greatest show on earth.

A multi-site exhibition featuring photos by Lorenzo Burlando, 10 anni sotto le Stelle del Cinema, will be displayed at bus shelters all around Bologna, as well at the BarcArena, in via Raffaello Sanzio. A selection of the best photographs – published Cineteca di Bologna – is available in book form. 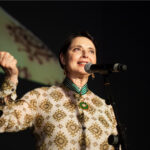 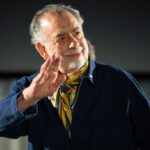 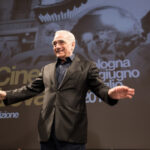 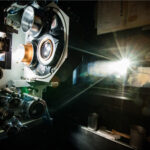 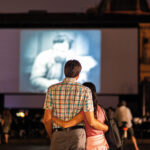 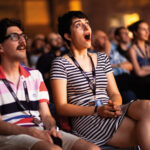